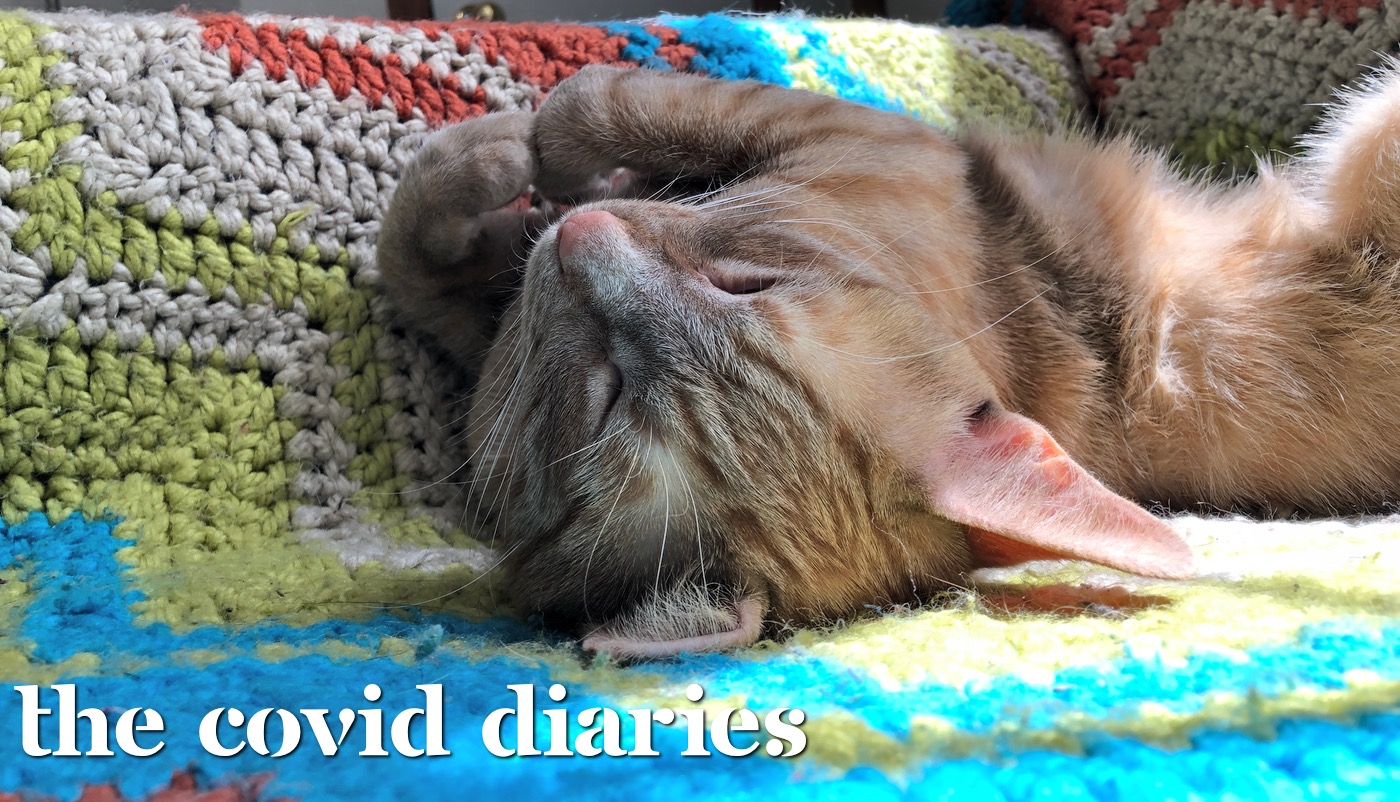 Another month, another lost gig, but I changed the font on the COVID Diaries graphic, so that’s exciting.

I’m down again today, like really, truly, bluely down and not Mean Reds down. I’ve been weepy for two days over everything from Charles’ impending departure to being so weepy.

Yesterday morning as the sun shined in from the window I wept for a good 15 minutes about absolutely nothing. I could not discern the reason for my tears nor could I stop them. So I just went with it.

Charles, the fancy cat, is leaving this weekend. He’s going back to Portland with Sister #2 and Ben, who are coming to town to pack up all their stuff in storage and return it to their new 2x bigger Portland apartment. I’m so sad to be losing Charles, even though I know he’ll be better off in Portland away from brutish, bullying Wendell who picks on him constantly and has bloodied his nose on more than one occasion. And I know my nephew will be better off because he’s constantly stressed out about the Charles/Wendell dynamic and it’s not helping him as he struggles with a really low period of mental health.

I will miss him so much even though there will still be two other cats here to fill my cat needs as a bona fide spinster, and should there be no more cats here I am perfectly capable of adopting new cats. However, in my current state of dissatisfaction with life I tell myself that I don’t want to get to know new cats. I just want the old cats who belong to my sister and her family.

Then this afternoon I found out I lost a gig at a nonprofit I care about. It bums me out. They’re paying me for all the work I’ve done thus far and that’s nice, but I was super pumped to fix their shitty website and now I won’t get to see the project to completion. They hired a new marketing director who wants to realize her vision on her own. I get it and all, but it still stings.

Woe is me. Today I’m the woest.