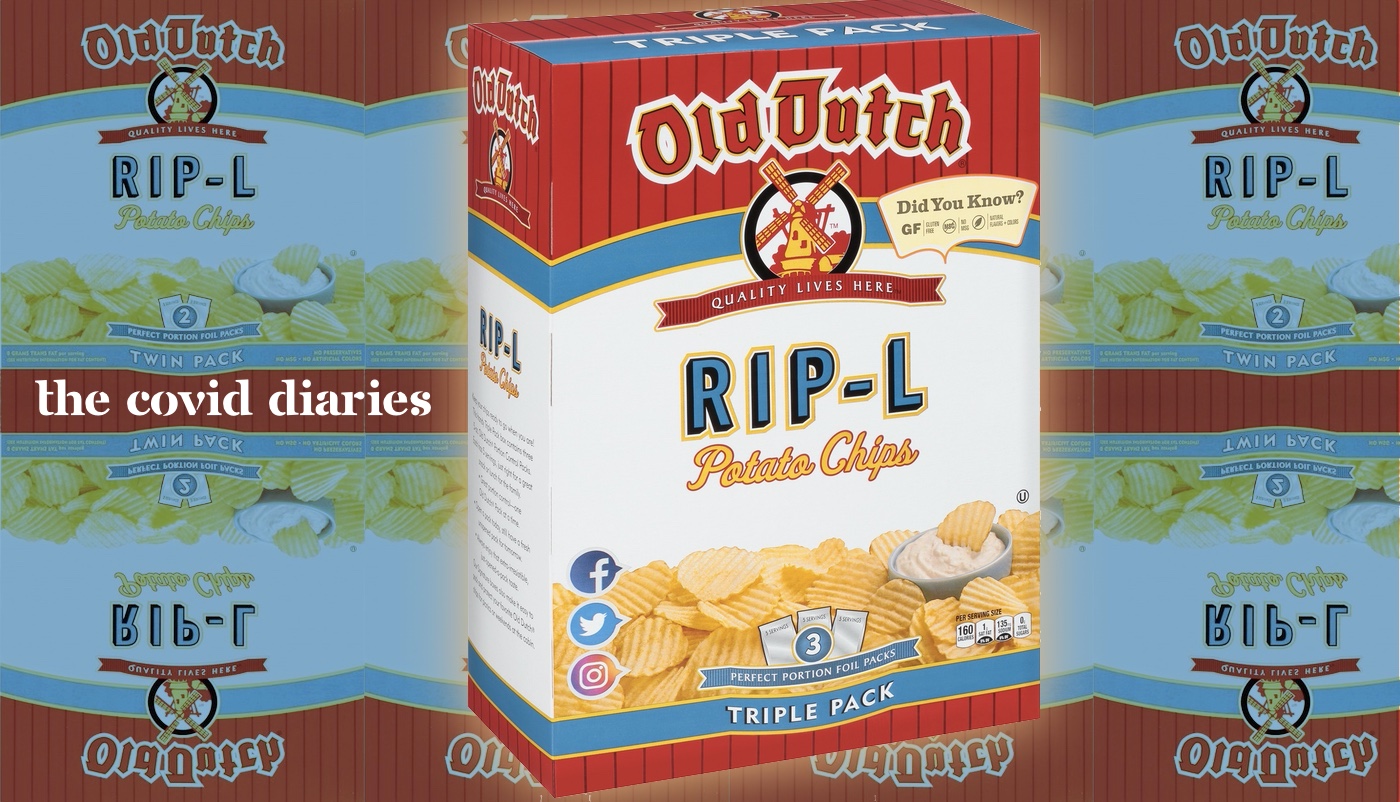 Oh, Darling Ones, I am struggling today. It’s one of those days where I feel unappreciated, unsupported, and taken advantage of. Today I am lonely and afraid and frustrated. And I might have had a small emotional breakdown because Hy-vee forgot to give me my hamburger buns thus ruining dinner and my life and the entire universe as we know it.

Instead of whining again for 700 words, I will be fulfilling a request for the Potato Chip Taste Test story.

When it comes to certain products I’m super brand-loyal, almost to a fault. That fault being that I think anyone who doesn’t think Skippy Peanut Butter is the best of all possible peanut butters is not only taste-bud deficient, but not very smart or savvy. I have been known to question a friendship over this divisive issue.

As a born and raised Minnesotan, when you say potato chips a twin-pack box of Old Dutch pops into my head. I know Ruffles have ridges and Pringles are some sort of potato-y abomination in chip form, but like the gold standard, the ne plus ultra of potato chipdom is Old Dutch. I don’t care if they’re Original or Rip-L (though I prefer the Rip-L).

When I was a kid the surest sign that any family gathering was gonna be a good time was spying that Old Dutch box somewhere near the food table. If there was Old Dutch & Top the Tater, well hot damn there was gonna be some fun going down.

Now, for the most part I’m talking about OG OD, the chips that come in the box. But I’ll throw down for lost of Old Dutch goods. In fact, there’s some Cheddar Jalapeno Dutch Crunch in the pantry as I type (and also some of the RIP-Ls). But the pretzels? Cheese popcorn? All good. My Aunt Jackie, who lives in Las Vegas, begs for Old Dutch Dill Pickle chips whenever she’s here or someone goes there to visit her. My dad confessed that the only chips he really likes are Old Dutch Sour Cream & Onion.

What you should see that I come from Old Dutch people. On both sides of my family!

This is why, what down in 2018 or 2019 I can’t remember which year because time has ceased to have meaning, is so shocking.

Every year for Mother’s Day my mom wants to the same meal — tuna salad with potato chips. If there’s a grilled brat around she wouldn’t be mad about it, but the tuna salad is the bid deal.

She loves “my” tuna salad and every time I make it she raves about how it’s the best I’ve ever done. I put the my in quotes because:

So I guess that year, whatever year that was, my mom hijacked the Father’s Day meal. So anyway, it wasn’t the tuna salad request that upended this Parental Day of 2018or2019, but it was the fact that she announced she was going to bring these magical, better-tasting, not Old Dutch potato chips to go with it.

Sister #4 and I quizzed her about the chips. What brand are they? Where did they come from? What does the packaging look like? Are they special chips you can only get if you own a restaurants. ARE THEY REALLY BETTER THAN OLD DUTCH?

My mom knew nothing about the chips only that they came in a generic bag she got at The Windmill.

I was, of course, aghast, and announced that Parental Day 2018or2019 would be the grand potato chip taste test to determine which chip was indeed superior.

We had a game plan and everything about this blind taste test. My nephew was gonna be in control, people were gonna taste with their eyes closed. Shit was gonna go down.

That was until my mom showed up with her generic bag of chips from the Windmill. Sure the bag was black and white like generic chips of days gone by, but printed in black letters on that white bag was the word “Ruffles.”

When she walked in with the bag Sisters #2 & #4 tossed up their hands in exasperation.

“Those are Ruffles,” one of them said.
“No they aren’t,” my mom insisted.
“Uh, it says Ruffles right on the bag,” the other one said.

My mom held the bag out in front of here and finally read it. “Oh. I didn’t know that. They don’t look like this at the store.”

We remain split down party lines with most of being pro-Old Dutch and my mom remaining so pro-Ruffles that when I gave her a bag of Old Dutch to go with her Mother’s Day in Quarantine Times tuna salad she left them here. The old lady turned down free chips!