I’m 44 now. You probably guessed that based on the headline. Yesterday was my birthday. I got a lot of toys and ate a chicken tender melt at Perkins with my sister and The Roller Coaster Club of Great Britain. It was a little odd being the only customers in the Shakopee restaurant with American accents. The place was packed with British roller coaster enthusiasts. At 8 o’clock. On a Monday. Life is weird. 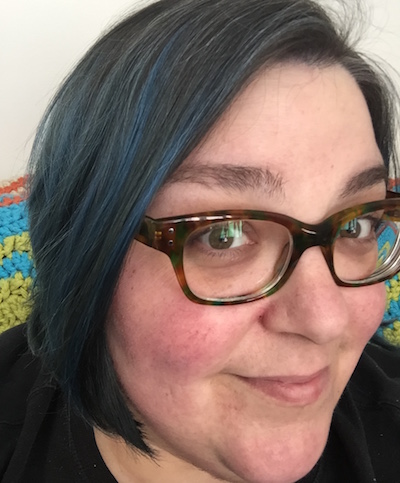 So far 44 is a lot like being 43, only I don’t look like that ——> so much anymore. I mostly look like that <------. And by mostly, I mean totally, because I took that picture about 8 minutes ago. I recently re-blued my hair, because growing out blue hair is kind of a pain in the ass and I was sick of looking like I had fuzzy seaweed growing out of my head. Also, you can see a lot of my grey hairs. I kind of love the grey and can spend vast swatches of time looking at it in the mirror. It makes me wonder if Narcissus had grey hair, because if he did I totally get being mesmerized by your own image.

Also, for my birthday my face gave me a bunch of zits, a few on my chin, one on my lip, and a set of matchers on either side of my nose. Such a thoughtful face I have.

Want to know what else is new in the land of 44-year-old Supergeniuses? Have I got a bulleted list of inanities for you!

So what’s new with you?