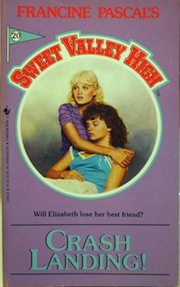 First, you should know, I have a tag called inappropriately named electronics. Sometimes I surprise myself. Now, on with the show.

I got my first computer sometime in the mid-90s. It was a Circuit City special HP and I think it cost something ridiculous like $1300. As soon as I brought it home and set it up in my bedroom I christened it Owen, after John Irving’s character. Owen wasn’t my first. I had named computers in college. By the time I got to The Spectator most of the computers were named after planets in the solar system. But once we started getting these huge monitors to better layout pages, I renamed a few of them. One I called Hurricane Wayne after the man who would pick up our pages and bring them to the printer. The other, Big Betty. It seemed to go well with Wayne.

After Owen came Oberon. A name that came to me in a dream only in the dream it was what I wanted Sister #2 to name her unborn baby. She named him Maxwell instead. Then came Otto, my first laptop, and finally Ogden, the last PC I ever purchased.

When I made the switch to Mac I decided to ditch the O convention and my iBook was dubbed Jed. It was a reference to the password Daniel used in Microserfs (hellojed). Then came Gideon named after ancestors and Hold Steady lyrics.

As you can see I have quite a sexist tendency when it comes to naming my computers. Bad feminist!

I’ve changed that now. Welcome Enid into the Supergenius family.