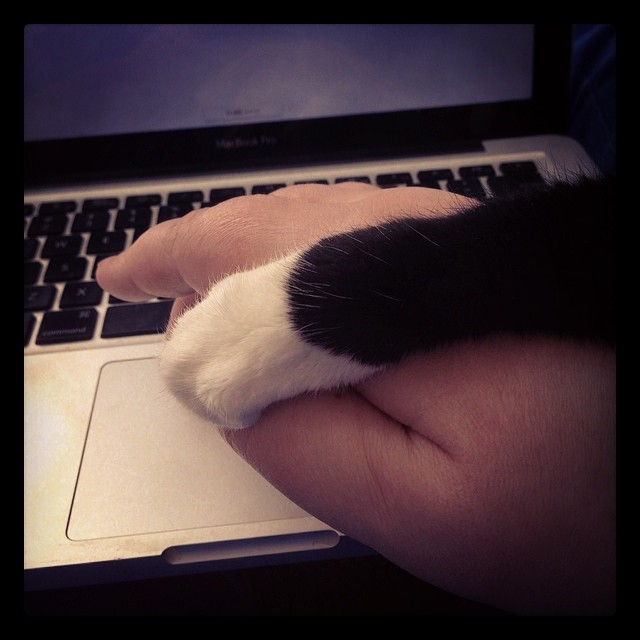 When you come from a large family with lots of boisterous voices you are used to conversations bouncing back and forth through a variety of topics, often at the same time. It’s kind of nice when this happens because you can tune out of the social work talk (which there is a lot of with three social workers in the family) and tune into something else.

Tonight we spent a lot of time talking about music and the upcoming festival season. We speculated about the this summer’s Rock the Garden lineup and Nolan asked if he could come with us and whether or not The Replacements were going to play. His love of The Replacements might be the shining achievement of my life.

I broke his heart by telling him that the ‘Mats probably wouldn’t play Rock the Garden, but that Jaycie and Auntie will see them at Coachella. Maxwell said that he had seen The Replacements at Riot Fest. Nolan thinks all of that is total bullshit or, in his fourth grade language, no fair!

Underneath this overarching music discussion, Jaycie and Max were having a back and forth about some song they had listened to on their way to work this morning. Jaycie was in the process of making a mix CD. The car my dad gave her has a CD player, but no iPhone hookups. It makes her feel very retro.

She and Max were talking about the kids at school and music when Max popped out with this bit:

It upsets the classic rockers when you say the lead singer for the Foo Fighters used to be the drummer for Nirvana.

If you were inside my head you would have heard that needle scratch on vinyl sound.

“What?” Sister #2 said. “Is Nirvana classic rock now?”
“Yeah,” Maxwell said. “The classic rockers love Nirvana.”
“Oh!” I gasped and clutched at my chest. “That actually hurts me in my heart.”
“Why?” He asked.
“When were kids classic rock as Lynryd Skynryd,” Sister #2 said.
“Pink Floyd, Led Zepplin,” I added. “The Doors.” I spit out the last one and made a face.
“That’s the problem,” Sister #2 said. “All the kids think of Kurt Cobain as Jim Morrison, died before his time and all that.”
“Barf,” I said and rolled my eyes.
“Now, now,” Ben said. “Why do you always have to rip on The Doors?”
“Jim Morrison is a drunken buffoon posing as a poet,” I said, going into the ‘Almost Famous’ line.
“What’s the big deal?” Jaycie asked.
“It’s like if in twenty years someone said. . . ”
“Yeah?” she asked.
“I’m trying to think of a band you like that will be around in twenty years.”
She laughed. “None of them will last that long.”
“They might,” I said. “You just don’t know.”
“So why does it bother you that the classic rockers like Nirvana so much?” Maxwell asked again. “Is it because they are grunge?”
“It’s more than that,” I tried to explain. “It’s like grunge was supposed to be different from all that Led Zepplin crap and the 80s glam rock. It just hurts me in my heart.”
“Yeah,” he said. “You mentioned that.”

[icon icons=”icon-calendar” align=”left” size=”icon-5x” color=”#005e80″]
The “It’s (Insert Day of Week) and I’m Boring” is a series that Christa and I do to pay homage to the beauty of old-school blogging. (I totally copied this nice explanation from Christa).