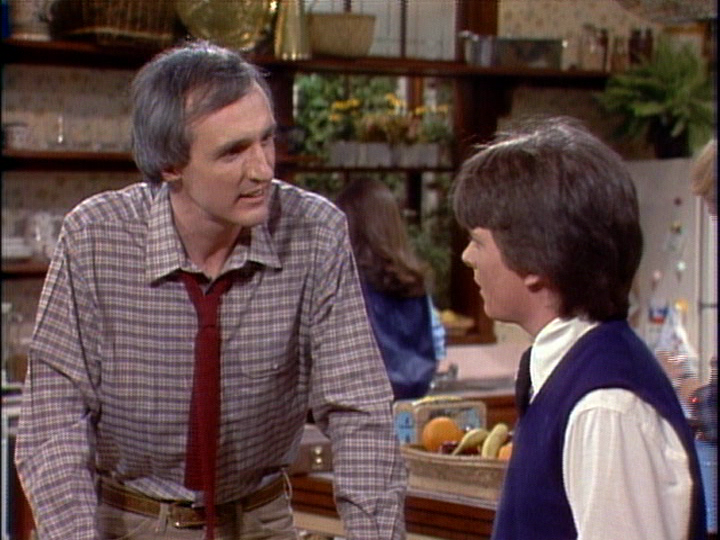 A few weeks ago at a gathering of the Black Sheep, Steve told us about how when he and his wife lived in Brooklyn they went on a “Family Ties” bender. They were so obsessed, he said, they went out and bought an orange juice pitcher and cups set, like the Keatons have. Also, the cereal container things.


Shortly after that I was reading Last Night at the Viper Room, which had a few paragraphs about the episode of “Family Ties” River Phoenix was in. Of course, I had to watch it immediately.

That one episode really whet my whistle. “Family Ties” was my favorite show growing up (well, my favorite after “Happy Days” went off the air) and it made obvious sense that it would be the first TV series to provide background for my Saturday create-a-thons. In fact, every Saturday between now and December 23 will be dedicated to making gifts and watching some sort of TV. Remember how I vowed to make all my Christmas gifts this year? Yeah. I got a lot of work to do. I’ve got two afghans done and three in various states of doneness.