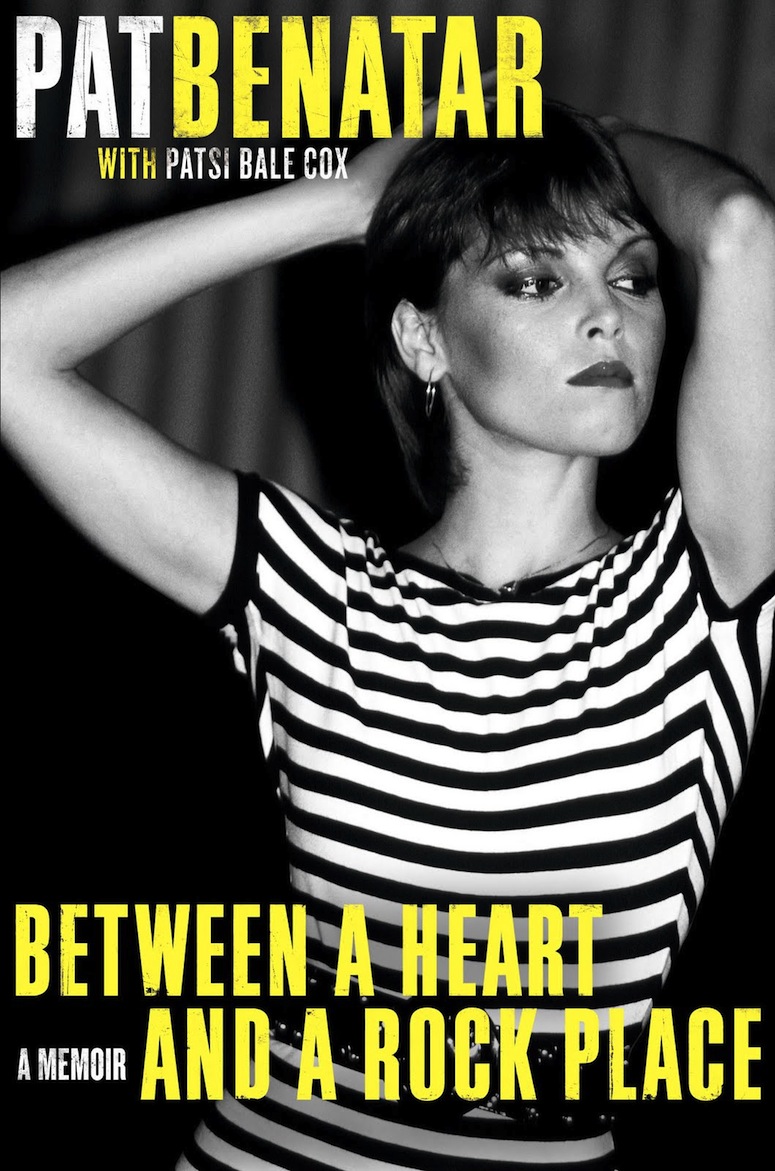 At some point this summer I put aside Pat Benatar’s memoir Between a Rock and a Heart Place. I can’t remember exactly why I abandoned it. Maybe I was lured away by a shiny new “it” book from the library. Maybe I was bored. Who knows?

What I do know is that one night, after finishing The Queens of Noise, I snuggled into bed with plans to read Simple Dreams: A Musical Memoir only to discover I had left it downstairs. Faced with the conundrum of reading something else or going downstairs, I opted (of course) for something else. Lucky for me, my bed is surrounded by books I started and never finished. After sifting through the pile with the taste of five or six meh-novels still in my brain, I happened upon the Benatar memoir and gave it another shot.

Boy howdy, am I happy I picked it up again. In case you are wondering, Pat Benatar is a badass. The first third of this book is a bit of a drag about growing up, marrying early, and getting back to singing by performing at a comedy club. Eventually though Benatar lands a record deal and her star rises, as do all the pains in her ass.

She falls in love at first sight with Neil “Sypder” Giraldo, a guitar player in her band, the label is not pleased with this because they want her to be a sex-pot and they fight with her all the time with the direction her music will take. Then there are the creepy radio guys. After Benatar’s memoir, the Heart memoir, and what I’m reading in that Linda Ronstadt memoir, I’m convinced radio guys from the 70s and 80s are the scum of the Earth, right next to record label guys.

What makes the last two-thirds of Benatar’s memoir so great is that she is secure enough and has fought long enough that she doesn’t give a shit what you think of her and she shows no mercy in describing the total sexist bullshit she had to put up with to make her career. Even with a bunch of number one records and a few Grammy’s to her name, she still had to fight for every thing she wanted. From marriage to children her record label tried to hold sway over her personal life. They shamed the crap out of her for getting pregnant (after she tried for years and years and was convinced it wouldn’t happen) and gave dire warnings of how nobody would want to hear her after she had a baby.

And lest you think it’s all complaining and righteous bitching, it’s not. Not at all. She spends a lot of time talking about videos and how MTV came along when she was popular and pretty much changed the way we consume music.

Because she is, by her own admission, kind of boring as far as stereotypical rock and roll lifestyles are concerned there aren’t any coke-fueled slumber parties or drunken debaucheries. Instead there’s talk about loving music and raising her daughters on a tour bus during the summer. It’s all pretty charming.

While Benatar isn’t bashful when it comes to the bashing, she’s also not stingy with the compliments. There are pages and pages about how much being a part of Lilith Fair back in the 90s was, even if she could only participate in a few dates. She talks about how inspiring Ani DiFranco was, and how amazing it was to tour with her friend Debbie Harry. And that’s what I loved so much about her memoir it’s a great balance between dishing the dirt and explaining why she continued even when it was awful.