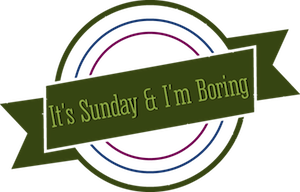 So I have a confession. I did not get out of bed until 9:36 this morning. I wasn’t even hungover or up particularly late or anything (I’ve been staying up until 1 a.m. most nights because of The Goldfinch). This is practically 10 in the morning. The coffee maker had already made coffee, held it warm for a few hours, and turned itself off in a fit of fire prevention. I woke up to cold coffee and sunshine and feeling the best I’ve felt all week.

After I microwaved my coffee (oh yes, I did, sorry coffee snobs), I started shoving donut holes (I went grocery shopping on Friday for the first time in an epoch) into my face and curled up with the Internet to read all the things:

A NY Times opinion piece on writing for free with an unfortunate headline. Zzzzz. Old argument, no new revelations.

I pretty much read every other thing Gina Frangello links to in The Rumpus’ Lit-Link Round-up, because she’s Gina Frangello and her books make me feel things (I was going to say happy, but man, My Sister’s Continent is kinda sad.)

A small list of reasons I’d have been admitted to an insane asylum in the 1800s:

Accidentally read a piece (Only the Literary Elite Can Afford Not to Tweet) tangentially related to Jonathan Franzen, which kind of pisses me off. I vowed to stop reading all Franzen things after the double-whammy of Freedom and The New Yorker piece he wrote about Eudora Welty? Edith Wharton? One of them and he went on and on about how not pretty she was. Fuck off, Franzen.

I almost, almost want to read the new Dave Eggers’ book just so I can make fun of it. Then I remind myself that I broke up with Eggers years ago for very good reasons.

And then Lou Reed died and I had to spend a lot of time contemplating Rock & Roll History and his role in it and my complicated feelings for The Velvet Underground and Andy Warhol and art rock in general. I cannot claim fandom, though I do adore quite a few songs. However, watching the outpouring of grief and admiration on Twitter was an amazing lesson in rock & roll history.

After watching the public grieving, I spent the rest of the afternoon on the couch with Last Night at the Viper Room and the radio. I also made cookies for my nephew Maxwell’s birthday. He’s 15 now and opted for my cookies rather than cake or pie. Usually he goes for pie because he’s a ball of spite and never wants me to have what I want (which is anything but pie).

We had Heggies pizza for Family dinner, which made up for Sisters #2 & #3 talking about their depressing jobs before dinner. Having two social working sisters who work in the field of domestic violence often makes for the most depressing pre-dinner conversation ever.

But the pizza was delicious and made me miss the bowling alley like crazy. After making about 19,184 Heggies pizzas and eating roughy 812 of them I never thought I’d crave Heggies. I was wrong. It was like my tastebuds took a stroll down memory lane. The only thing missing was the lung-clogging second-hand smoke of 40 smokers and the smell of Bud Light. I really do miss that place.

Now I am home watching the child porn/molestation episodes of “Diff’rent Strokes.” I don’t know what’s more disturbing my excitement over watching these horrifying episodes or the episodes themselves.

I forgot how fucking creepy Mr. Horton the bike shop owner was. And the wine! I forgot he fed Dudley and Arnold wine. I remembered the nudie mags and the pornographic cartoon, but so much of it I forgot. This episode scarred an entire generation, though as a kid I remember being much more terrified by that episode of “Little House on the Prairie” when Albert’s girlfriend gets raped.

My god, this is nearly as depressing as the pre-dinner conversation and Lou Reed’s death. Sheesh. I’m going to eat cookies and watch “Benson” until this all passes.