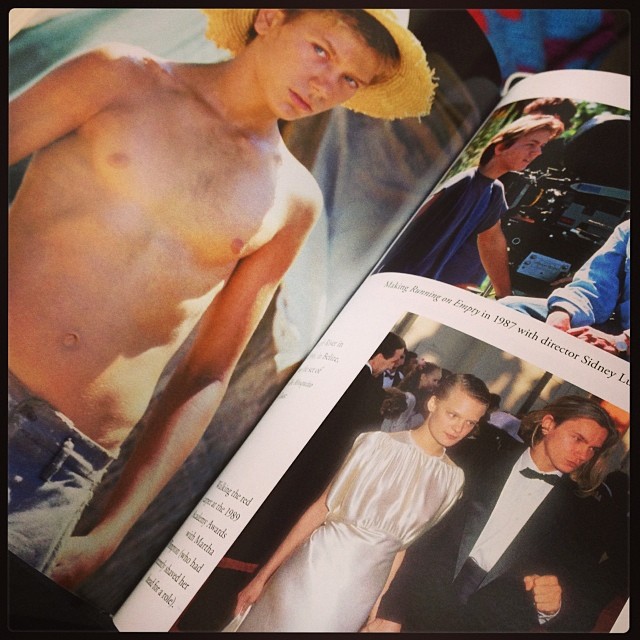 I was driving from Shakopee back to Eau Claire on Halloween 1993. I have no idea why I made the journey home to see my parents, I only know that I did. Relaying this story seems weird now. A few of the elements seem archaic compared to the way things are today.

First, I drove the two hours from Shakopee to Eau Claire in my 1980 Ford Fairmont named Grover. That car cost me all the money I had. $500. It only had AM radio and was mostly a deathtrap.

There were no cell phones in 1993 and so we drove hundreds of miles alone without any contact with the outside world. I’d often take my portable CD player (which cost about the same as my car) on long journeys because, remember the AM radio only? A person could only take so much Rush Limbaugh and Radio Disney before they want to die.

When I arrived home in Eau Claire early that evening I had three phone messages, relayed to me by Sister #2. This was back in the olden days when people answered phones even when they didn’t know who was on the other end. Charming, huh?

My mom had called, Jenny (or maybe it was Amy, it was someone from the student newspaper I worked at) had called, and Jodi Hanson had called. This was a lot of calls. It was super strange too, because I had seen my mom roughly two hours ago, when I left for Eau Claire.

In the two hours since I had left Minnesota, the news broke that River Phoenix had died. He died in the wee small hours of the morning October 31, 1993, but in that day and age it took hours for stories like that to come out. You had to wait until they were reported on the TV or on the radio, or, heaven forbid, the next day in the newspaper. We lived like uninformed troglodytes in the early 90s.

Aside: Last week at Rock & Roll Bookclub Wolfdogg told us about how his daughters couldn’t believe that when he was younger that sometimes if you didn’t know who was in that movie or who sang that song, you had to walk around not knowing. You just had to live with the not knowing, especially if your friends didn’t know. They were aghast at the idea of living that way. Not knowing!

As you can tell by the rush of people who wanted to break the news to me, River Phoenix was my #1 crush. I loved that green-eyed beauty from the moment I laid eyes on him in “Stand By Me.” He usurped both Matt Dillon and C. Thomas Howell for the top spot in my heart. River Phoenix was a sea change in my preferences when it came to the opposite sex. Aside from a brief dalliance with Alex P. Keaton, most of my celebrity crushes tended to be of the Fonzie variety. I pined for tough, dark-haired greaser types — Dally Winston (or Matt Dillon), Ponyboy Curtis, James Dean, John Stamos as Blackie on “General Hospital” (yeah, I know you Millenials think you discovered him as Uncle Jesse, but step off) or anyone in the cast of “Grease” and “Grease II.”

Then along comes green-eyed beautiful River Phoenix as sensitive Chris Chambers, and I’m all “Hello, Nurse.” I loved him. I loved him so much that I saw “A Night in the Life of Jimmy Reardon.” By myself. Twice. That’s a lot of love for a man in an awful, awful movie. And then when he was with Keanu Reeves in “My Own Private Idaho?” Forget about it! But my favorite will always be the movie he made with Lili Taylor, “Dogfight.”

I thought about River Phoenix a lot this summer while watching my niece deal with the death of Cory Monteith, Finn from “Glee.” It was the first celebrity death that really shook her up, and her first experience with that weird grief you get for people you never even met. River Phoenix was, to the best of my recollection, my first.

I don’t remember what I did after I heard the news. A lot of that has been washed away in the 20 years since his death. I vaguely remember talking to Jodi Hanson on the phone, but that’s about it. Twenty years, man. I sometimes play a game in my head about what Hollywood would look like had River Phoenix not died. What would the careers of Brad Pitt and Johnny Depp be in a world with River Phoenix still in it? (I often think the same thing about what Steve Carell’s career would be like had Phil Hartman not been killed.)

This is all brought to you by the fact that I just started reading Last Night at the Viper Room: River Phoenix and the Hollywood He Left Behind and I’ve been listening to Pearl Jam’s “Vs” about every other day since Saturday, which was its 20th anniversary. “Vs” and the Gin Blossoms’ “New Miserable Experience” is pretty much the sound to 1993 in my heart.

So in case you’re wondering where I’ve been, I’ve been trapped in 1993 for about a week now.