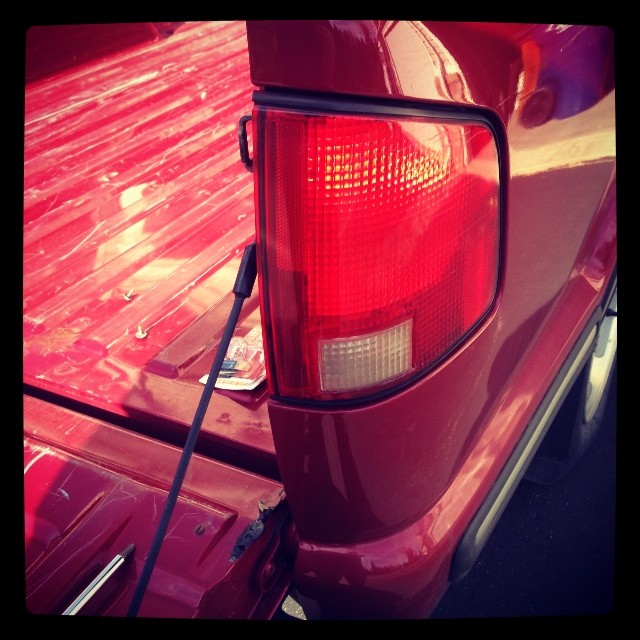 1988-1993 The Silver Bullet
My first car was a 1979 Ford Fairmont called the Silver Bullet. It didn’t technically become mine until 1990 when my parents abandoned me in Blaine to open a restaurant in Chippewa Falls, WI. I loved this car the way all teens love their first cars, but I loved this one extra-special hard because it had a tape deck. I have many found memories of loading up the Sister Club + Jodi Hanson and driving to the beach in Spring Lake Park, shouting along to DJ Jazzy Jeff & The Fresh Prince’s “Parents Just Don’t Understand” the whole way.

At some point in 1990 the blinkers stopped blinking. You had to blink them manually by moving the blinker wand (? Is that what that think is called?) up and down. This was actually much easier than it sounded. Friends who drove my car always tried to imitate my smooth blinking moves, but failed miserably.

The Silver Bullet died in the winter of late 1992 (or maybe it was early 1993) from a small fire in the steering column.

1993-1994 The Bitchin Buick with the Cutlas Supreme Door, Grover
Neither of these cars lasted very long and neither of them had blinker problems. The problems were, obviously, much bigger than blinkers.

1994 – 2000 Sugar
After Ruby, Sugar was my most favorite car of all the cars I’ve called my own. Sugar was a sweet-ass 1979 Chrysler Newport roughly the size of a hearse. For real, grown adults could lay down in her back seat. And why wouldn’t they? Her seats were covered with blue velvet. She was an enormous, gas guzzling, non-functioning windshield wiper having, dream on wheels. My parents gave her to me the summer of 1994 when I was interning at the Eau Claire Leader-Telegram and needed transportation. My friends and I loved her with a passion. She was easily the most popular car in our group, which was tough because at the time my friend Goetz drove a lime-green 1979 Ford LTD (the same kind of car featured in the Beastie Boys’ “Sabotage” video which was ridiculously popular when I was in college — the video, not the car).

Sugar was a car with a personality. Her speakers were ridiculously good. Her ashtray was always overflowing. The passenger door only opened from the inside, and her left blinker didn’t work for like four years. Sure she was probably a rolling deathtrap. No, I know she was a rolling deathtrap because one day in 2000 I went to get her muffler fixed and the dude told me that he couldn’t let me drive her anymore she was a hazard to me and everyone on the road with her. But man, I loved her.

2000 – 2001 Clyde
Clyde sucked balls. He was a 1980something Something or Other that I hated hated hated because he sucked and was not Sugar.

2001 – ? Ruby
Ruby, as you know, is my much-beloved 1999 Chevy S10. I love her to death. Remember that time I crashed into the side of the hill and was totally bereft because I thought she’d be totaled? Yeah that sucked. That’s how deep my love is. Even when her blinkers got all shitty last weekend my love didn’t falter. Not for a second. And, in fact, my love for her and for me grew two sizes today. Because you know what? I fixed her busted right blinker all by myself. ALL BY MYSELF.

For people who are mechanically inclined, this is probably no big deal. But I am not mechanically inclined. When it comes to car problems I’m a big, fat, irrational doomsday-spouting baby. However, today when I was googling what kind of damn bulb I needed to buy to fix the blinker I stumbled on a video on how to fix the blinker. It involved removing two screws and then popping a bulb out and popping a new one in. I could totally do that. AND I DID.

It made me feel like the strongest, most empowered woman in the whole entire world.

(and this feeling lasted approximately two hours until I found a small, brown worm in the middle of the living room floor and promptly lost my shit.)