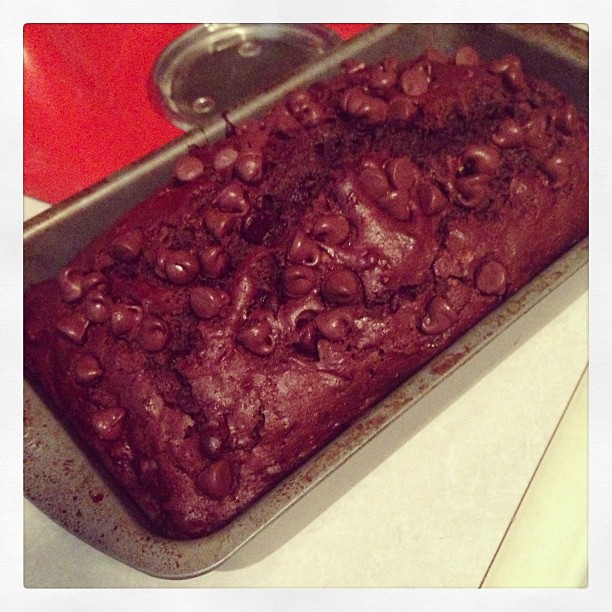 This Boring Sunday started at the crack of 8:30 solely because the heavens opened up and dropped copious amounts of water into my open windows. I would have enjoyed many more winks of shut-eye, though it was smart to rouse my ass from slumber because now I’ll probably sleep tonight like a normal person.

I spent the first part of my morning with some donut holes, coffee, and David Gregory on “Meet the Press,” where they discussed the race problems in America. It was a mostly well-reasoned making it a dull episode.

Then I spent a little bit of time writing and editing reviews for MN Reads, which has been sorely neglected this summer. I’d feel guilty about it if I didn’t think the time was being better spent working on The Beast (incidentally, I finished the first read through and still dig. Now I need to read the chunked up version so I can make sure the character arcs make sense, and, well, exist). 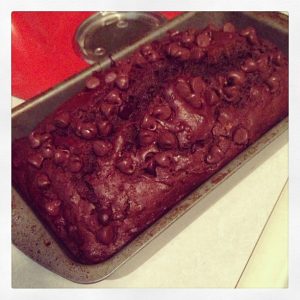 Once I got bored with the editing, I decided to do something with the over abundance of zucchini taking up all the space in my refrigerator. And thus began the great zucchini bread experiment of 2013. As you can see by the picture, it turned out wonderfully. I’ve had to do a little brain yoga to enjoy the experiment — mostly I have to put the words zucchini and bread out of my head as I eat this delicious chocolatey cake-like concoction. Sadly, my family were not capable of even the most basic mental yoga and so I have a lot of chocolate chocolate-chip zucchini bread hanging at my house.

Oh, did I mention that sometime yesterday between laying about on the couch in my underpants reading comicbooks (Saga Vol. 2) and napping, I decided to dive into “Orange is the New Black?” The show lives up to the hype. And as I’m typing right now just dropped this brilliant little quote on my ears:

All you’re doing is smoking pot in the forest with a flannel shirt and a hipster beard like a fat Bon Iver, the fucking Jack Johnson of Wisconsin.”

While I was making the breads (zucchini and banana), I shoved many many more episodes of this wonderful show into my eyeballs. In fact, I’m just finishing up episode 12 of 13 (or maybe it’s 11 of 12). It’s going to take all my strength not to stay up until much later than I should finishing up the season. However, my self-esteem can’t quite handle watching 13+ hours of TV in two days either. It’s a real conundrum.

Plus, if I stay up that late I won’t get to read any Tampa, the big controversial female pedophile book that I’m hoping gets good, but so far comes off as sort of cartoonish buffoonery. I went in expecting Humberta Humberta a sort of modern version of Lolita with a female point of view. The seventy-ish pages I’ve read so far feels like it’s been written by the same people who wrote the “Porky’s” movies — all sweaty sex and no nuance at all. Yet, I will finish it so I can form an educated opinion, but mostly because I want to know what all the hubbub is about.

And another thing, I forgot to freak out about this on I Will Dare sooner, but I will do so now: JOAN JETT IS PLAYING RIOTFEST IN CHICAGO!! I bring this up now only because we talked about the Chicago event at family dinner. Jaycie was hoping to score some tickets and tag-a-long with Maxwell and I, but alas they are all sold out.

So anyway, when I got the news on Friday, one itty bitty tear of joy escaped by eye and slid down my cheek. You know what this means? It means that my dream of hearing Joan play with The ‘Mats is that much closer to reality. Do you know what will happen if that happens? I don’t know either, but if I don’t make it back from Chicago alive you can bet your sweet bippy I died of joy.

I’m reading The Knockout Queen by Rufi Thorpe with a character who won’t stop growing and by her junior year she was 6’3” and “felt like a monster.” Ouch. Too close to home.

@dudeweather You have impeccable taste.