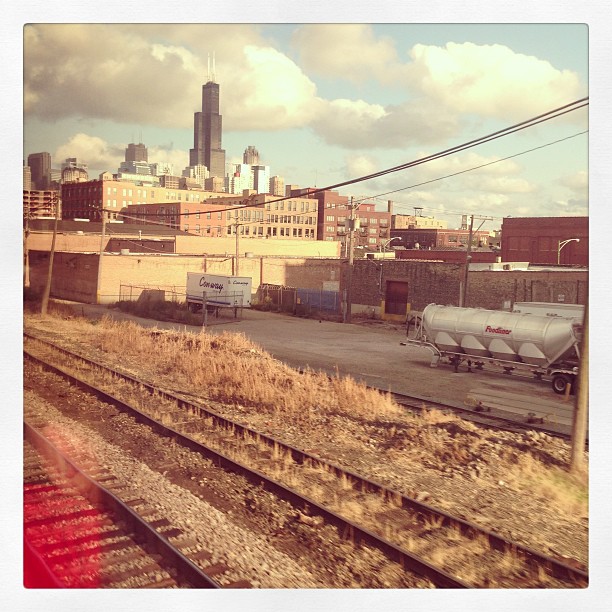 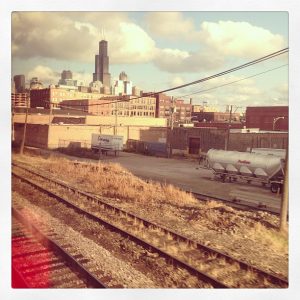 Twelve hours after leaving my house, I collapsed into our temporary hotel room in Chicago. Apparently it’s temporary because the blinds are broken and they can’t move us until tomorrow. I don’t care about the blinds. However, if they want to give me a few free breakfasts and coffees for the trouble, I will take them. Traveling is expensive.

My traveling companion is fourteen-years-old. He is the child of my second sister. It’s Maxwell. I would show you pictures of him here in Chicago but he refuses to allow his soul to be stolen by the lens of an iPhone. Teenagers.

Maxwell and I make pretty good companions so far. He’s laid back and I’m laid back. We both roll with the punches (train delays & gross lunch options), got sick of the train at the exact same time (1.5 hours before we finally arrived in Chicago), and best of all we cherish silence. Neither of us has a problem with the other person in the room not talking.

As I type he’s seated behind the loft-y little hotel desk listening to some music. He doesn’t seem to care for my Chicago-based playlist which mostly just features me playing Ryan Adams’ “Dear Chicago” over and over again. That song guts me in all the good ways. 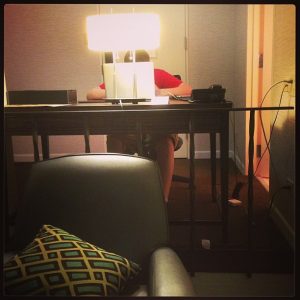 Before he slid into his earbuds, as I was teetering on the edge of a pizza-induced cheese coma, Maxwell said, quietly, “This is so fun.” And my heart burst with joy. Not just because he I want him to have fun, but because so far all we’ve done is take a too-long train-ride, a too-long cab-ride, and waited too long for some ridiculously delicious pizza. If that’s fun, he’s gonna blow a gasket tomorrow.

I can’t take too much credit for the fun. I think that goes to our chatty Cabbie who hauled us from Union Station to our hotel here in the swanky Miracle Mile. He kept a running commentary going about everyone and everything: the weather, his fellow cabbie who works too much, and the doofus on the corner trying to take a picture of the Sears Tower.

And when he found out we were in town for a three-day music festival, he cackled with joy. “Really? A three-day concert?” he asked. “That’s like Christmas to me. I’m going to spend all weekend in Humboldt park.”

Now, I have plans of snuggling into this too-short bed (the perils of the freakishly-tall are neverending) with Linda Rondstadt’s memoir and passing out within two pages.

Tomorrow is Joan Jett and I’m going to need all my sleep to hold my shit together for her show.