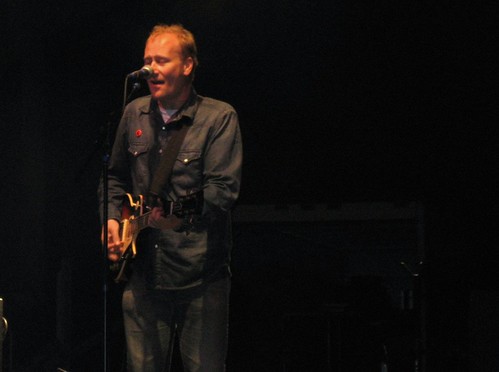 Did I mention that I got to see El Deliciousness de Doughty this weekend at Hippiefest? I did, and I’m still grinning when I think of the show. The Hippiefest set was roughly 674 times better than the show at River Falls.

It was while sitting in the woods in Southern Minnesota this weekend that I realized I really am a dorky Mike Doughty fan girl. All I can do is shake my head for me, because I am hopeless.

At one point in the night Wolfdogg and I were hippie watching and drinking when he tried to point out some spectacular hippie.
“What?” I asked, clearly annoyed and distracted.
“Blah de blah blah blah.” He pointed at something over to the left or the right, pointing some place that was not the stage which I was watching.
I took a big drink of my gin and tonic. “All I can see is Mike.” Then I think I might have batted my eyelashes and sighed.

He’s been teasing me about this incident relentlessly since about the third minute after it happened. I keep telling him I was kidding. The truth is, I was so totally not kidding.

I am so ashamed. 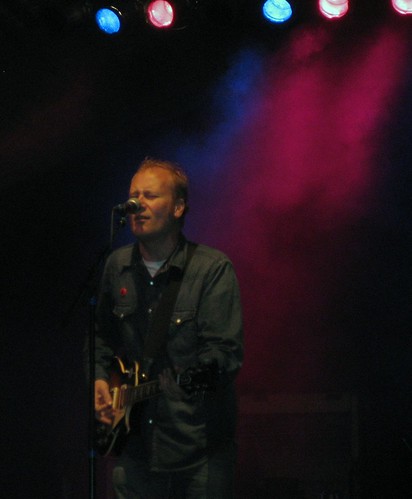 But yeah, the show was A-mazing. Seriously. His voice sounded good and he looked cute (obviously). He opened with “Grey Ghost” and whipped through some of the regulars: “Madeline and Nine,” “27 Jennifers,” and “Sunken-eyed Girl.” Even though it was freezing outside, I managed to keep myself warm by the gentle glow of the Make Sweet Sweet Love to Me Vibe™. The vibe was rocking, and when Doughty pulled out “Is Chicago, Is Not Chicago” I’m pretty sure I had an orgasm right there in a sea of pot-smoking hippies.

It was that good.