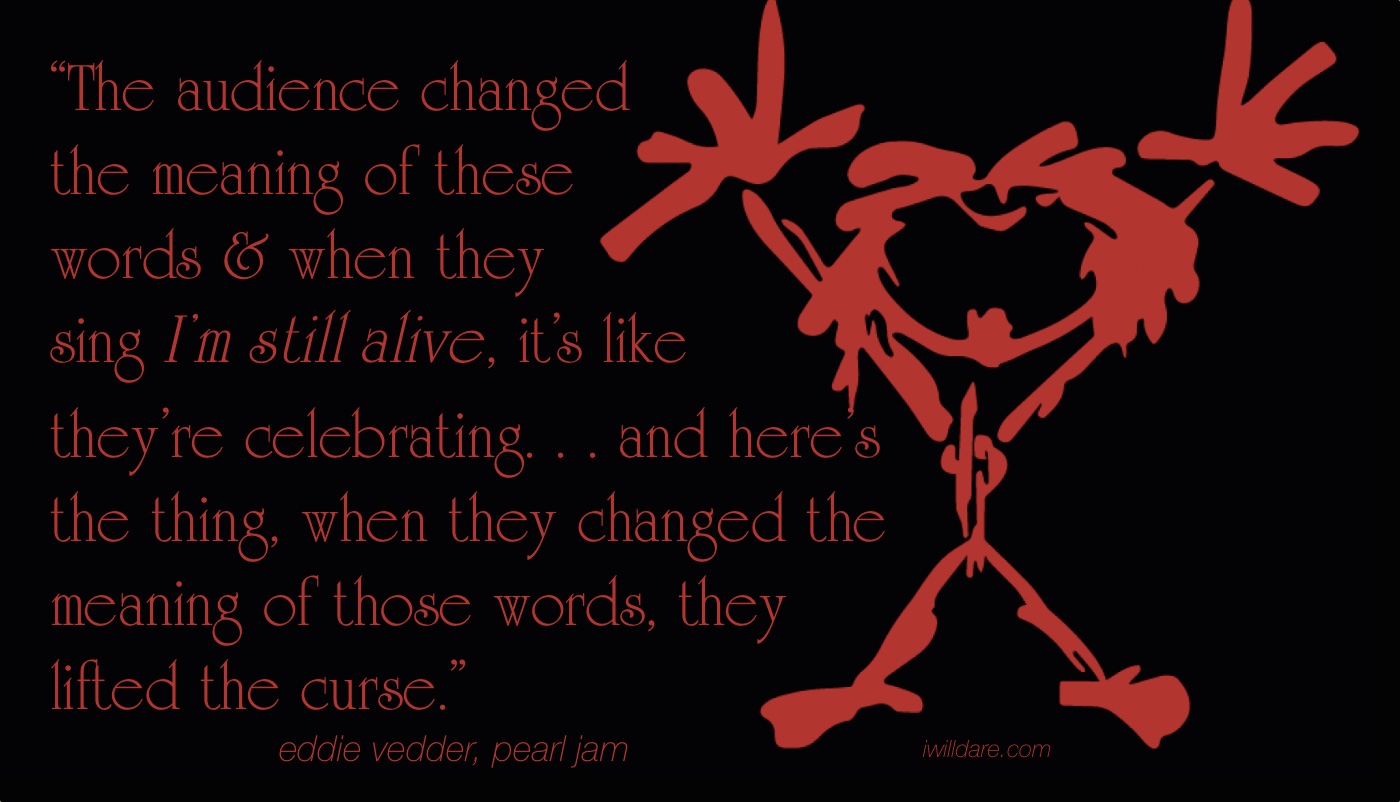 What is going on, Darling Ones?

Happy 30th Anniversary of Pearl Jam’s Ten to all of you who celebrate. This is a momentous occasion for many reasons.

Top of that list of reasons is how goddamn pleasurable it has been to see my GenX brethren celebrating. It’s delighted me endlessly reading all the memories people have of this record in particular and Pearl Jam in general. There was a time in the nineties when you were either a Nirvana person or a Pearl Jam person and that was a personality-defining choice. It telegraphed something about you. Just like being a Beatles or a Stones person. And those people who refused to make a choice were insufferable and to be avoided.

I’ve written oodles about Pearl Jam throughout the twenty-one years of I Will Dare.com. You can see for yourself. I stopped clicking the Older Posts link after four times, because I found what I was looking for.

Even though, I personally stopped paying attention to Pearl Jam sometime around No Code and Vs. is my favorite of their records, they still have their own wing in the music mansion that is my heart. Primarily because they mean so much to most of my family and a lot of my other favorite people.

When she was in high school, Sister #2 was part of a triumvirate of girls who loved music and they hopped on the PJ bandwagon very early one. When Jill, an especially devoted fan-letter writing kind of young woman, was killed in a car accident in the winter of 1992/1993, Pearl Jam was very very kind to my sister and Betty, her surviving friend. They invited them as guests to their next First Ave show and even had a small meet-n-greet with them.

That level of kindness can never be forgotten.

Because Pearl Jam has played such a large role in Sister #2’s life, both her kids have an especially strong bond with the band’s music. My nephew Maxwell even has a Pearl Jam tattoo. When Jaycie & Max were in their late teens (maybe in 2014 or 2015?) Sister #2 planned to surprise them with Pearl Jam tickets for their birthdays (both of ’em were born in October). The problem was that she had to ruin the surprise when she heard them looking to buy their own tickets for the show.

And of course, there are my myriad personal connections to the band. I could write oceans and reams about those, but most of them are related to later albums.

When it comes to Ten the song “Alive” cleaved into my heart the very first time I heard the line, “what you thought was your daddy was nothing but a. . .” The song about Vedder finding out about his biological father hit very close to home. I was much younger when I found out about my biological father, but still related hard. I related even harder when I was home alone at age thirty-eight when my real daddy was dying. I never met him and only found out about his death two years after he had died.

What I love the most about “Alive” is when Eddie Vedder talks about how the fans’ love of this song changed the meaning of the song for him. I can’t watch him talk about it without bawling my eyes out. It moves me so much I can hardly articulate it. Is it his emotion when talking about the song? Is it the beauty of art bringing people together? Is it how healing music can be? All of it and something else chemical inside of me?

Is that the question? And if so who answers?
Jodi