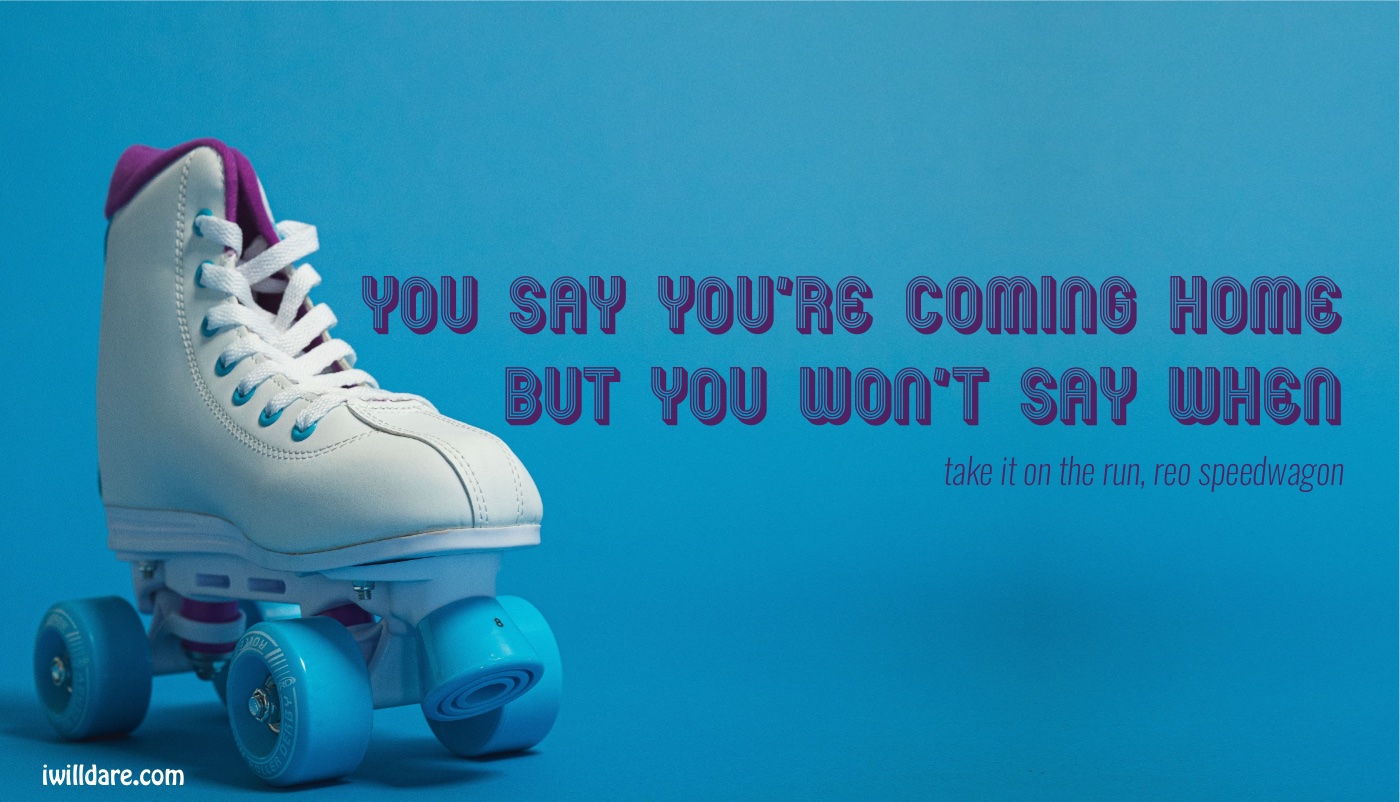 Have you missed me? I’ve missed you a little, but spending this much time with Sister #2 has been super fun. I cannot tell you how many times one of us has laughed so hard we either cried or could not breathe. It’s a lot of times.

One thing I have learned in the week my sister has been here is that my house exhausts her as much as her presence in my house exhausts me. I’ve actually learned a lot from Dr. Sister #2, Associate Professor of Doing Good, but I’ll get to that in a minute.

For those who have never been to my house, you might not know that I keep the lights low (or off) and don’t turn on the TV until dinner time, if I turn it on at all (right now it’s 8 p.m. and I haven’t turned it on yet today). Mostly, I spend my days with headphones on listening to music and singing along loudly. I am an amazing singer when I’m wearing headphones and can barely hear myself. Sometimes I lay on the couch and read a book in silence. Sometimes I stare out the window and watch the squirrels and think. Sometimes I like to sit in the dark with my eyes closed, headphones on, and listen to The Rolling Stones.

This exhausts Sister #2 because she has ADHD and the lack of multiple outside stimulants makes it harder for her to concentrate and the effort it does take to concentrate exhausts her. Who knew? Not me. Also, she really likes the song “Glory Days” by Bruce Springsteen. This was brand-new information to me and it’s hit me pretty hard because I hate that fucking song.

Another thing I’ve learned from Sister #2 is all about Judaism. Hoo. It’s been a lot. She’s been studying the religion, the Torah, and Hebrew for three years now so she can convert. Last time she was here for the holidays in 2019 we learned a lot about Hanukkah and I got my ass handed to me in the dreidel game. While she’s here she’s preparing for the big Jewish holidays, Rosh Hashanah and Yom Kippur. Me trying to explain what I have learned would be a disservice to the entire religion, culture, and world. So I won’t do that.

The one thing I’ve learned is there is a lot of thought and self-reflection that goes into the holidays and that shit is deep. My sister explained to me how her vision of God is not white, bearded man in the sky, but rather community. The conversations have been super enlightening and kind of awkward because I never think of that stuff. Like at all. Ever. The life and death, the how I can make the world a better place, my impact on the community, all that rarely crosses my mind.

One morning last week she was telling me about some super serious something she was thinking about and I was all, you wanna know what I’m thinking about?

And so I told her.

I was thinking about the song “Take it on the Run” by REO Speedwagon, which I usually refer to as “Heard it From a Friend.” People frequently correct me on the proper title even when they know exactly which song I’m talking about.

Specifically, I was thinking about the line: you’re thinking up your white lies. you’re putting on your bedroom eyes. You say you’re coming home, but you won’t say when. From the time I knew this song existed until this week the place she was going to be coming home from was a rollerskating rink.

Because I frequently heard this song at Great Skate, an epic rollerskating rink in Fridley, Minnesota when I was a kid I associated all shenanigans taking place at a rollerskating rink, because why wouldn’t they? It was the most glamorous sexy place I could imagine as a fourth grader.

When I was done telling her all that she, kind of looked at me and blinked. Then we sang the opening verses of the song because it slaps. Or is a banger. Or is a bop. One of those must apply.

I’m under the gun, so I’m gonna take it on the run,
Jodi