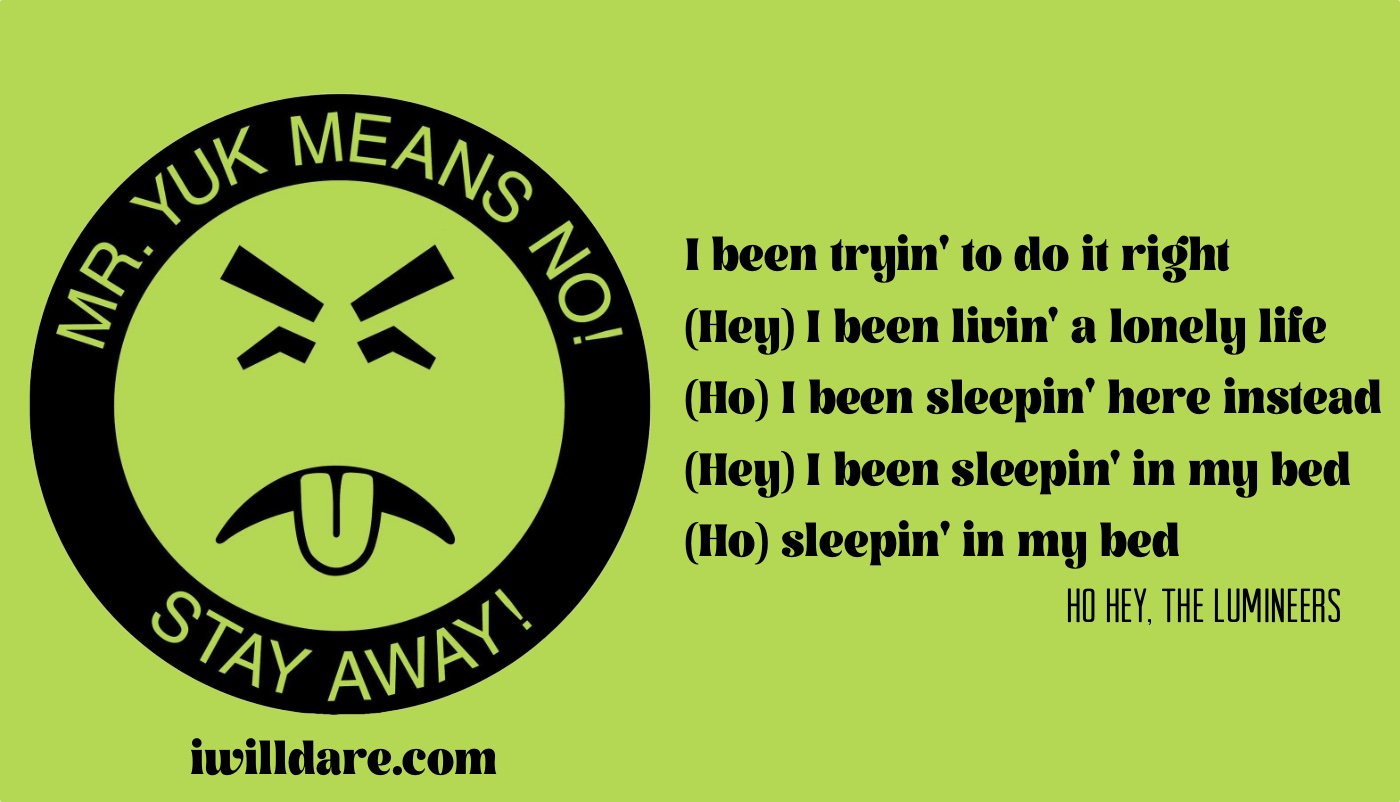 As foretold in the ancient scrolls of yesterday, Sister #2 is here from Portland with Walter Hobbes.

Fun Fact: Did you know I gave Walter his name? I’ve picked a lot of names for most of my family’s pets: Mabel, Sully, Franklin, and Wendell (before he was even mine). I’m very good at naming things.

Right now, it’s only me and my sister. Not right, right now because she is at happy hour with her friends and I am here not speaking to anyone. This hasn’t happened in years. Usually there’s a nibling around, my parents, my brother-in-law (her husband), another sister or my parents.

Since it’s just the two of us (we’re the closest of the sister group) last night we had a very long and far-reaching conversation about all the things. Here is an abridged list: family gossip, what she’s reading, what I’m reading, work gossip, friend gossip, The Rolling Stones, Sylvia Plath, that shitty commenter from last week, pizza, TV show Big Brother, what foods contain lactose, Joan Jett & Michael J. Fox, all the movies she bought from Amazon, underpants, every house Sister #3 or my parents have lived in since 2002, and the Delta Boogaloo.

At one point I told her how I heard “Eye of the Tiger” while driving around and how that song always makes me think of her because for a long time her Twitter bio was “won’t trade my passion for glory.”

“I think that’s why when Eddie Van Halen died I couldn’t remember which one of us had ‘model citizen, zero discipline’ as our bio.”
“That was all you,” she said. “I hate Van Halen.”
I gasped and clutched at my chest. “You do?”
“Oh yeah,” she said.
“Even ‘Panama’ and ‘Jump?'”
“Yeah,” she said. “I only like ‘Hot For Teacher.'”
“What?”
“Wait, that’s a David Lee Roth song so it doesn’t even count,” she said.
“No. It’s Van Halen. David Lee Roth solo was ‘California Girls’ and ‘Just a Gigolo.'”
“Right, whatever, I still hate them.”
“I’m shocked,” I said. “I had no idea.”
“It’s not the most I’ve ever hated a band. I just hate them. Shhh,” she said. “I’m trying to think of what band you hate with the same level of intensity as I hate Van Halen.”
I was quiet for a moment before I started offering suggestions. “The Doors? Pink Floyd? Led Zeppelin?”
She shook her head no. “You hate so much with such varied intensity it’s hard to judge.”
“Radiohead? Arcade Fire? The Barenaked Ladies?”
She shook her head silently.
“Father John Misty? Lana Del Rey? Gwen Stefani?”
“I don’t think I hate anything as much as you hate Gwen Stefani.”
“SHE’S THE WORST!” I shouted.
“What’s that band that Jaycie really liked and you hated? Was it Vampire Weekend?”
“No, I like them.”
“Around that time?”
“The Lumineers?”
“Yes!” She shouted.
“I hate them,” I said.
“Obviously,” she said.

Until next time, Darling Ones,
Jodi

P.S. For the record, my hatred of The Lumineers is a mostly forgettable kind of hate. I totally forget about their existence until someone bring them up and then I’m all, “oh yeah, I hate that band.”