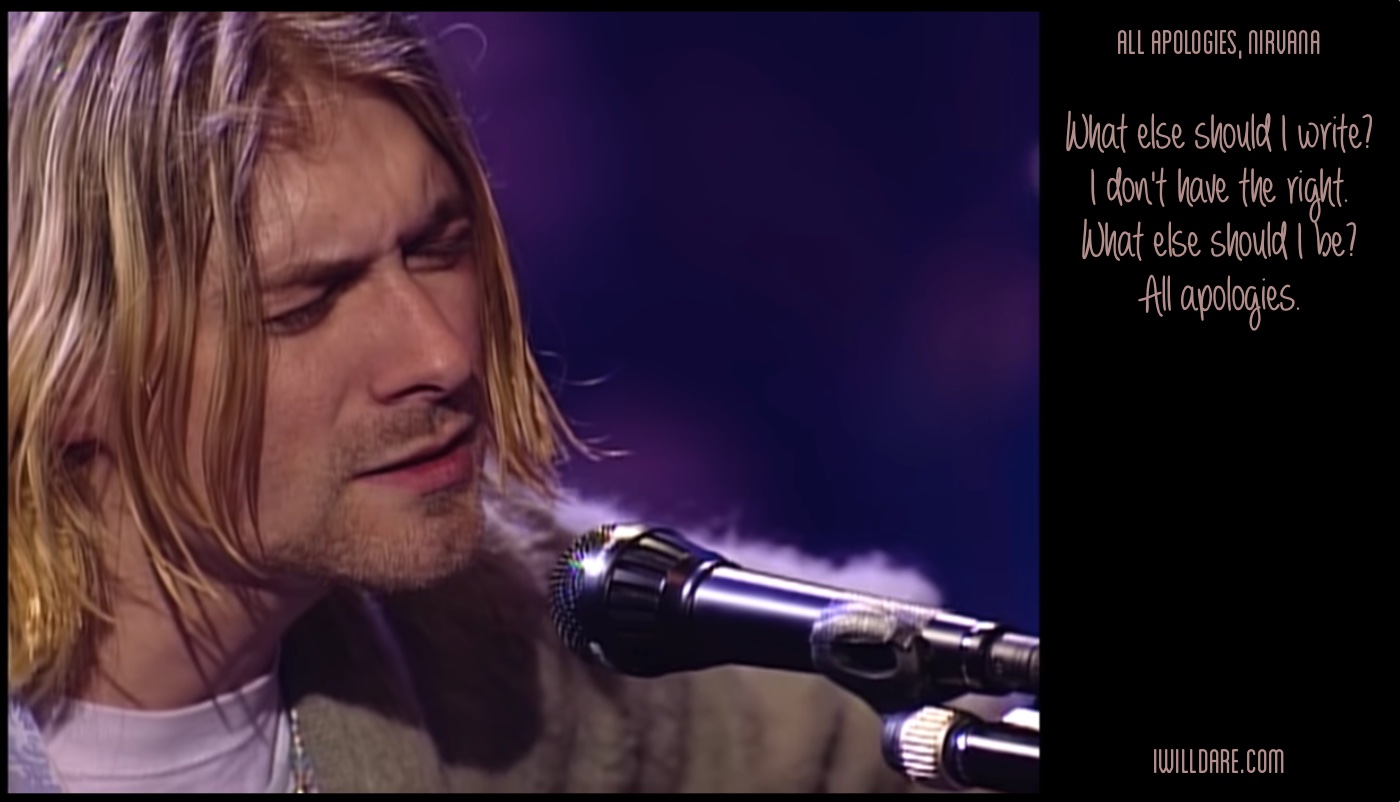 Last night The Youths came over for dinner. We ate pizza and watched the Stevie Nicks’ episode of VH1 Storytellers from 1998.* For the record, both of my viewing companions were born after this episode aired on VH1. In fact, I don’t even think either of them even knew what VH1 was. They for sure didn’t know what Storytellers was, because I told them.

Of The Youth’s many charms their love of Stevie Nicks is probably on the Top 10 list. They sat enthralled through the entire episode listening to Stevie Nicks talk about Prince and writing Landslide and Rhiannon during the same trip to Aspen.

After the show we sat and talked about music and Maxwell tattled on Sonya.

“She doesn’t like Pearl Jam,” he said.
I winced because that’s sacrilegious in our family.
“I don’t really like grunge,” she admitted.
“Her favorite grunge band is Babes in Toyland,” he said.
“THAT’S NOT GRUNGE!” Sonya and I shouted in unison.

The grunge discussion led us to watching Nirvana’s Unplugged in New York.

As the show started up I said to them, “I was your age when this came out.”

Both of their heads snapped to the right to look at me and as they stared at me with no small amount of horror my hair turned to mildew and my bones to dust.

“Wow,” Maxwell said. “I keep forgetting how long ago the 90s really were.”
“Yeah,” Sonya said. “They were like thirty years ago.”
“So the 70s were like fifty years ago?” Maxwell asked.
Sonya shook her head yes.

I would have said something by lips had curled into my toothless mouth as my skin wrinkled and turned grey right before my eyes.

P.S. The song “All Apologies” always reminds me of my college newspaper days where we would constantly change the line “I wish I was like you easily amused” to be a kind of burn on whomever was in the room. It was nerdy and fun.

P.P.S I was inadvertently super social the last few days and today I’m paying the price in sheer exhaustion and foggy-headedness.

P.P.P.S. I also got super obsessed with finishing BFK’s magic lantern blanket and thus ended up watching a lot of TV and writing zero things.

*Thanks to the Great Socialist Streaming Revolt of June 2020, I now have all the things. Like all of them and one of them has a bunch of episodes of Unplugged & Storytellers and when I tell you it’s the best thing to happen to me since GSSRJ20, I am not kidding.