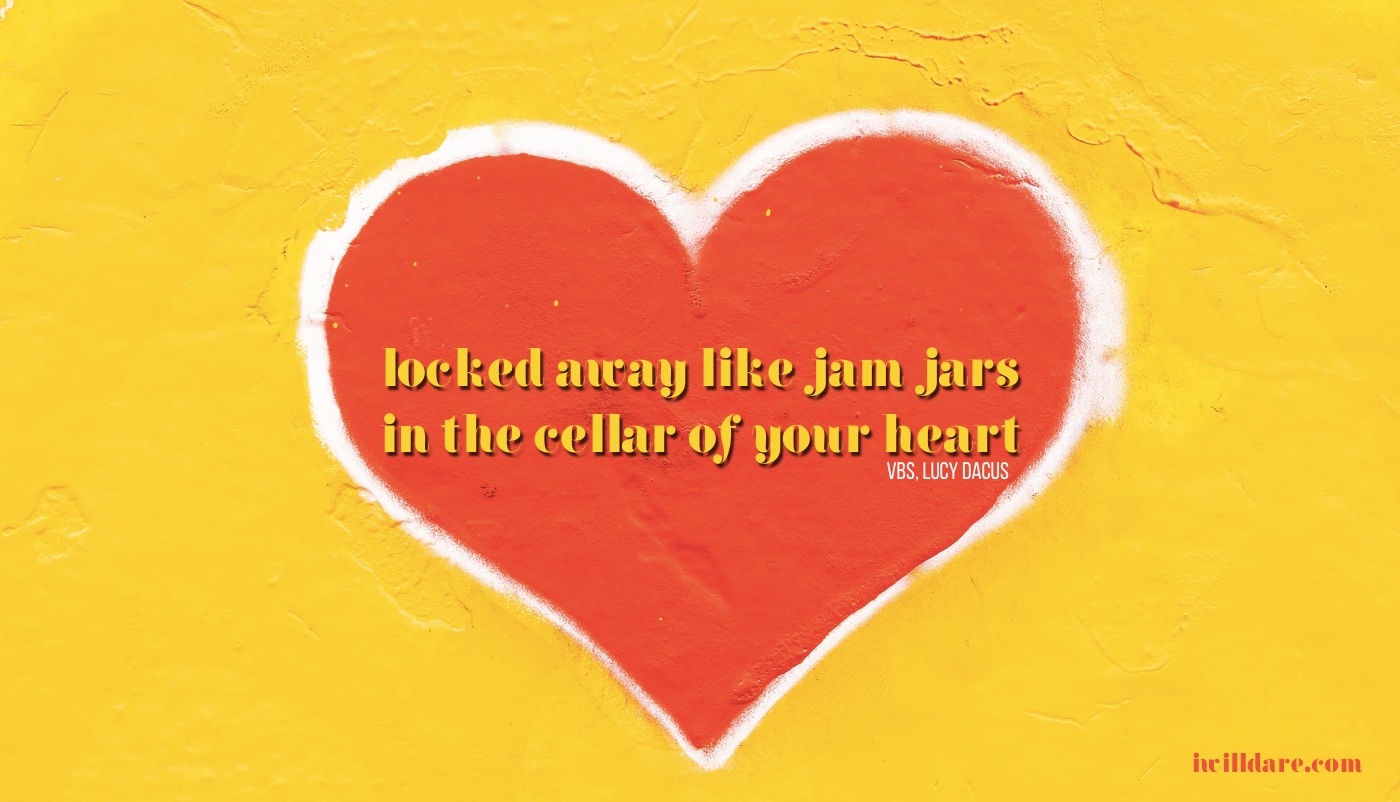 When I woke up at the crack of 9:54 a.m this morning I did not leap from bed in a panic for sleeping so late. I did not bounce joyfully out of the covers refreshed and eager to seize the day. Instead, I turned on Lucy Dacus’ new record VBS and laid in bed watching the blurry ceiling fan spin around and around. I refused to put on my glasses and wake up my eyes in case I wasn’t really done sleeping.

I’ve listened to VBS every day since it was released. This is a thing I do now, I guess, listen to new records ad nauseam until I have to go and listen to one-hit wonder from the 90s for a week because I’ve begun to annoy my own ear drums with the incessant spins of one record. Lather, rinse, repeat. I’ve been doing it ever since the COVID hit — Waxahatchee, Kathleen Edwards, Phoebe Bridgers, Julien Baker, Liz Phair, The Marfa Tapes, and now Lucy. And don’t forget that I am still listening to Midnight Organ Fight nearly every night as I go to sleep.

Sometimes this repetition makes me feel like maybe I’m a little less than sane, but really it’s probably a way of coping with low-level anxiety and also an all-consuming love of music.

This morning I kept repeating the titular song “VBS” because I’ve head the lyric locked away with jam jars in the cellar of your heart rattling around inside me all week.

As I free-associated through the song trying to shake off a particularly icky, vivid dream,** I thought about how I really like phrases about hearts being things other than hearts or having things inside of them.

Of course I thought about my own particular favorites: ice-robot heart and chicken mcnugget heart. Then the idea really picked up steam and I recalled everyone’s got a maze inside their heart from Liz Phair’s “Soberish.”

When I tried to remember the origin of this penchant for heart-things I figured it probably sprung from my love of ol’ Edward Estlin Cummings, whose poetry I fell in love with as a teenager. Specifically, the line i carry your heart with me(i carry it in my heart)i am never without it.

Those were the ones I thought of off the top of my head, though when I went to see if I had any in the note I keep on my phone of lines I love from books I also found these three:
“before I carried in my heart this broken piece of glass which I’ve been careful not to disturb lest it cut me.” Liz Phair, Horror Stories

“His rib cage is a haunted house built around his heart.” Sherman Alexie,* You Don’t Have to Say You Love Me

I’m sure there are more that aren’t coming to me right this minute or right that minute. Eventually I had to get out of bed because I was hungry and there were donut holes downstairs.

<3, Jodi
*Sherman Alexie is a dirtbag. I know that, and I really wish it was easier to carve my love for this sentence out of my memory and my heart, and yet I cannot. It’s so hard when dirtbags write something really beautiful that you commit to memory and never seem to be able to forget.

**In the dream I was part of a sex study that involved having various women perform oral sex on me, one of whom was Betty White.