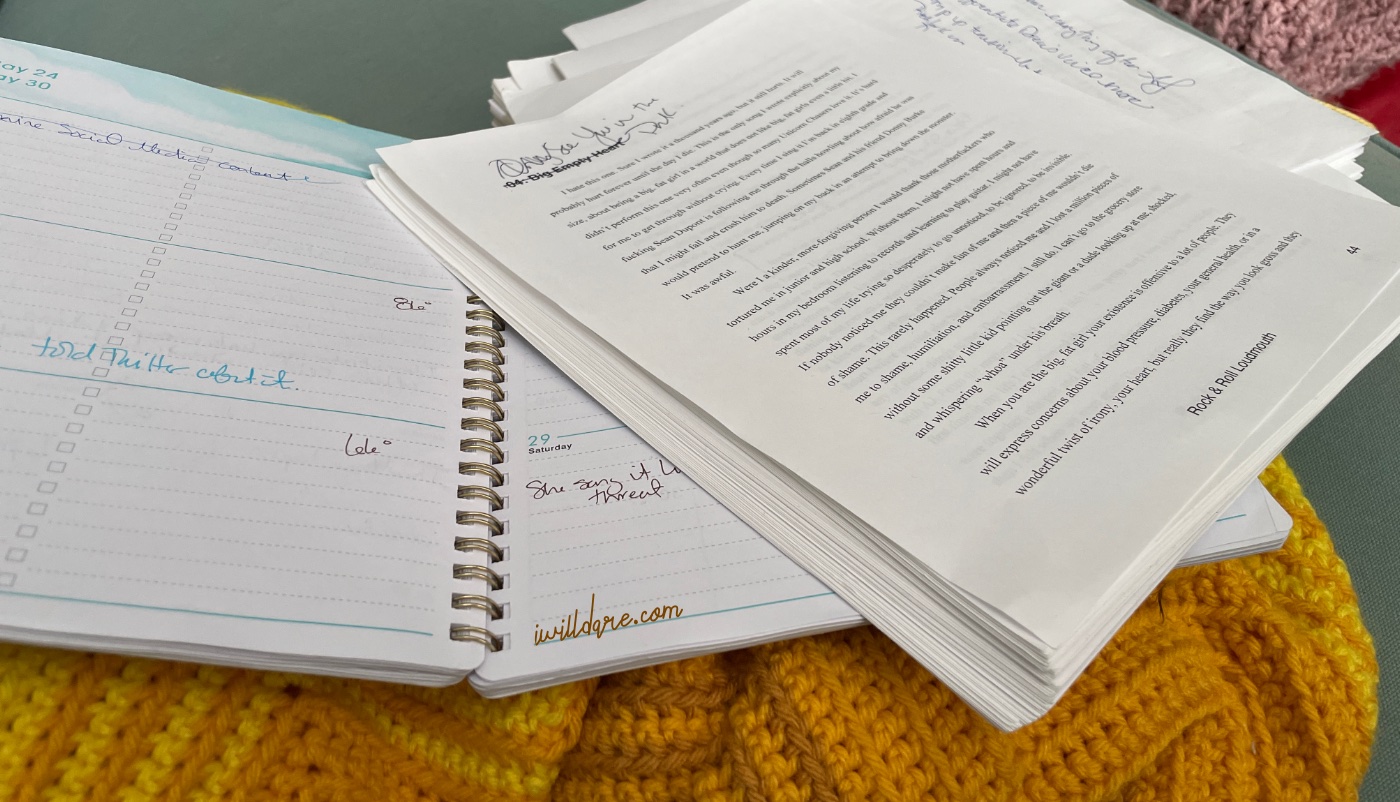 It has come to my attention that I should treat Memorial Day weekend (MDW) like it’s New Year’s Eve. Every year during this weekend I decide that now is when I am going to get my shit together.* This is the time when I clean out the loft in preparation for summer guests. I make vague resolutions for myself. I put the vague plans from last year into action.

Why do I choose MDW for this kind of stuff? Not entirely sure. It could be that it signals to this Minnesotan the end of the long winter hibernation period. Could be that my birthday is always within a week or so of the holiday and thus it’s my own personal new year. Maybe it’s about nearing the half-way point of the year and I know time is running out.

Regardless, this weekend is always a strangely productive one for me. Yesterday when Maxwell was here, he helped me get started on the loft. Mostly it involved hauling out a ton of garbage and moving a bunch of shit that does not belong to me into the guest room closet.** I ordered a new bed for the space and linens to go on the bed.

And today, like a real grown up, I but butter chicken in the crockpot, tended the Sadness Garden, and then wrote words. of fiction. like a writer who writes things.

I must admit I didn’t get very far. I got stuck and frustrated and I’m calling a character Tim when he is so not a Tim, but I can’t think of a better name for him right now and it’s bugging me. Is he a Scott? A Matthew? I don’t know. He’s kind of a dirtbag who wants to have sex with my main character but only in secret. He doesn’t want his friends to know he’s fucking a fat girl. Maybe he’s a Brett? Brent?

Just like when I exercise, it always feels so good when I write, but getting myself to do the thing is a Herculean task. What is that? And how do I stop doing that?

I know that building up a habit works really well for me, and yet. . . I decided to put a 3-hour block in my google calendar so at least I’ll have that visual reminder to write. Maybe that will be enough to shame me into action. Or maybe I was never meant to get a book published. Who knows?

*No shit has ever been gotten together in the entirety of my life, but hope springs eternal.

**The shit belongs to Maxwell, Sister #2, Jaycie, Ben, and Sister #4. It is shit they will never take to their own homes and the joke’s on them because they’re gonna have to deal with it some day when I am dead.