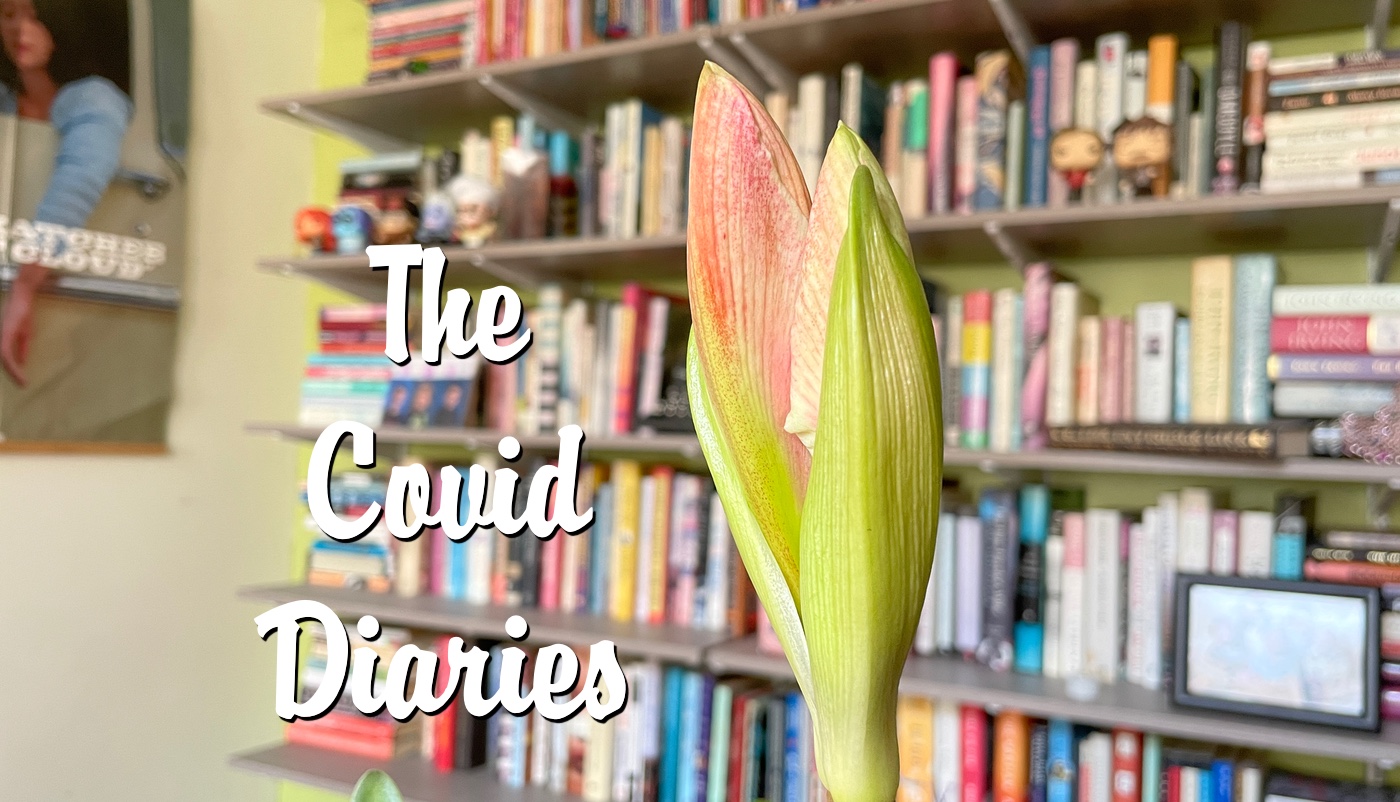 When I was 18 I read A Prayer for Owen Meany by John Irving for the first time and it changed my life. After that, I quickly read every book by John Irving I could get my hands on (and accidentally some by John Updike because I am bad with names). I did this a lot in my 20s, discovered a new author and quickly shoved every one of their books into my brain. Because I read these books in such quick succession they all kind of merged into weird literary soup in my head. There’s Irving Soup and Vonnegut Soup and Winterson Soup.

Every so often something emerges from the murky depths of the soup and I have to spend some time trying to discern the carrots from the peas.

Remember how yesterday I googled “how to stop thinking of someone?” One of the suggestions was to find a distraction. This is easier said than done when you’re locked in your house for pandemical reasons. The idea of the distraction made me think of the advice Coach Bob gives Franny’s brother when he starts to either run or wrestle or maybe have sex, I can’t remember. But Coach tells him, “you’ve got to get obsessed and stay obsessed.”

I always liked that little bit of advice. I have an obsessive streak* and it frequently serves me well and only occasionally drives me batty. Today it served me well, with the bonus of keeping me distracted from my sadness. I believe this is what they call a win-win.

What did I get obsessed with? Making a new header for I Will Dare dot com. Say so long to Sweet Valley High, and hello to Hootenanny in E. Yep. I ripped off The Replacements’ Hootenanny record cover which was a rip-off of another record. Rip offs all around!

Nobody cares what this website looks like. I know. Everyone reads it on a phone or if they’re super cool & old school in an RSS Reader. But I still visit this site on Gladys (my laptop) about 983 times a week and if I’m delighted by a new header image thats all that matters.

AND I AM DELIGHTED! I super love it because a bunch of dudes are gonna get all bent out of shape about the fact that the song “I Will Dare” does not appear on Hootenanny. I’m gonna ask the first three men who “correct” me which ‘Mats’ song contains the lyric a little bit of heaven and a whole lot of hell. I love to ruin rock & roll for them.

So the distraction worked for a little while and I’m grateful for that. Now that my brain isn’t occupied I can feel the loneliness seeping back in, but that might just be hunger.

*Please don’t diagnose me as OCD, it’s offensive. Also, don’t call anyone OCD ever. It’s not a cute personality quirk. It’s an actual mental illness that people struggle with. Two of my niblings have OCD. It’s a horrible and frustrating, and people who make light of it are assholes.