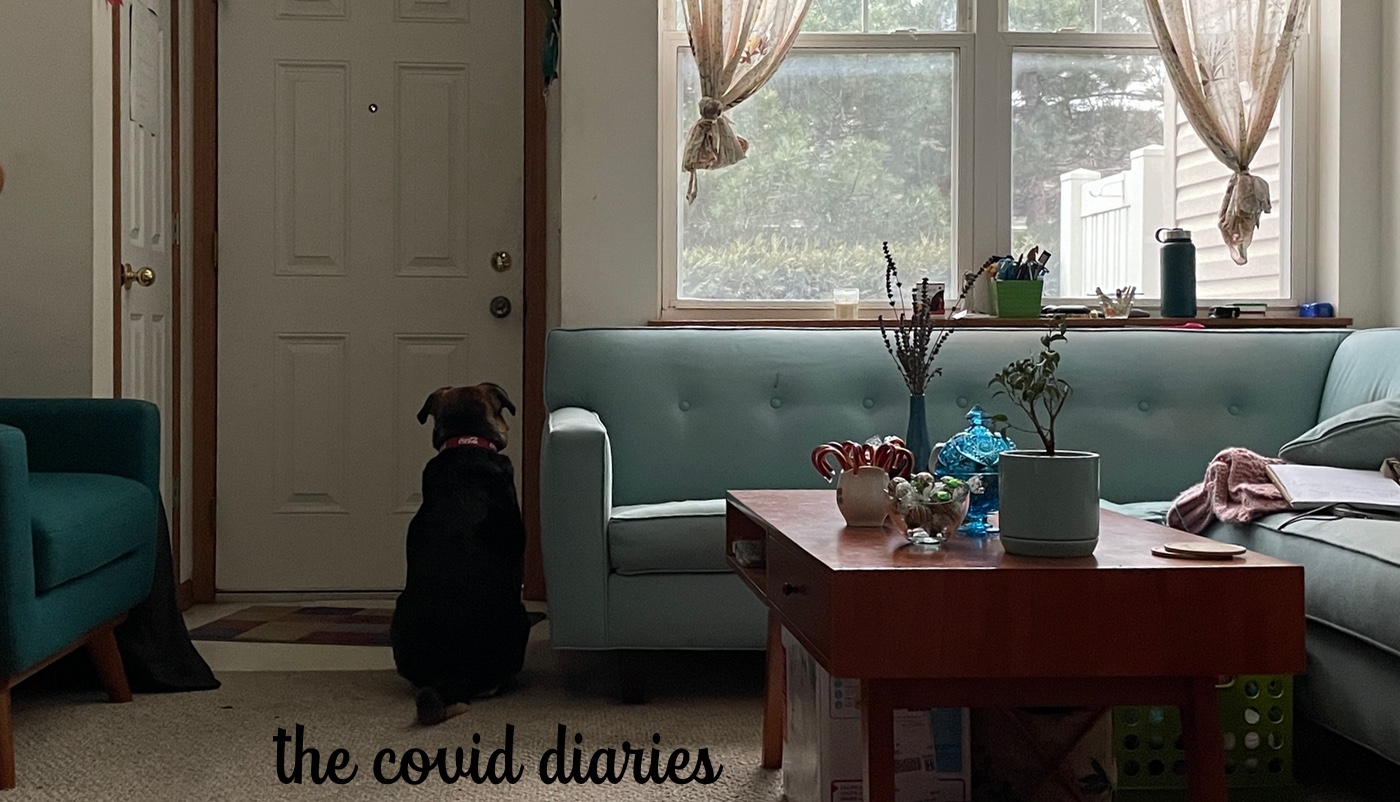 Sister #4 and her dog, Dolly, arrived yesterday for Christmas just ahead of the blizzard. Once again, for those not following along, my sister has been quarantining in her house in South Dakota and we are mixing households despite people telling me that we should slowly shrivel into nothingness alone for Christmas in our separate homes.

Basically, this is Thanksgiving II but with ham. At least that’s the plan. It’s blizzarding here in Minnesota and if we get too much snow I’ll be cancelling Christmas Eve because I don’t want my nephew to drive here. At least I will attempt to cancel. Thus far all my cancellation attempts have been cancelled by my family.

So anyway, Dolly hates me. I struggle with this because Walter, Sister #2’s dog loves me. I’m his favorite non-Sister #2 human. I work hard to be everyone’s favorite — dogs, cats, siblings & niblings, random humans I barely know. No! You’re the one over-compensating because you have abandonment issues.

I don’t know about your family, but my family loves to talk for all the animals. They all had distinct personalities. For instance, Walter is an emo dog who loves to write really sad poetry. Wendell constantly has circus music going in his head and he likes to wreak havoc. Charles (RIP) was British and haughty.

Dolly’s over-riding characteristic is how much she dislikes me. From the minute she arrives we have her saying “I hate it here,” “Can we go home now?,” “I hate her stupid fart face,” and, my favorite, “My name’s not Dolly Doodles.”

One of Dolly’s favorite things to do is stare at the door forlornly whenever Sister #4 has the audacity to step outside without her. This morning Sister #4 had to replace the taillight in her car and even though I was calling Dolly to me so I could pet her, she chose to look at the door and cry.

That dog really hates me.