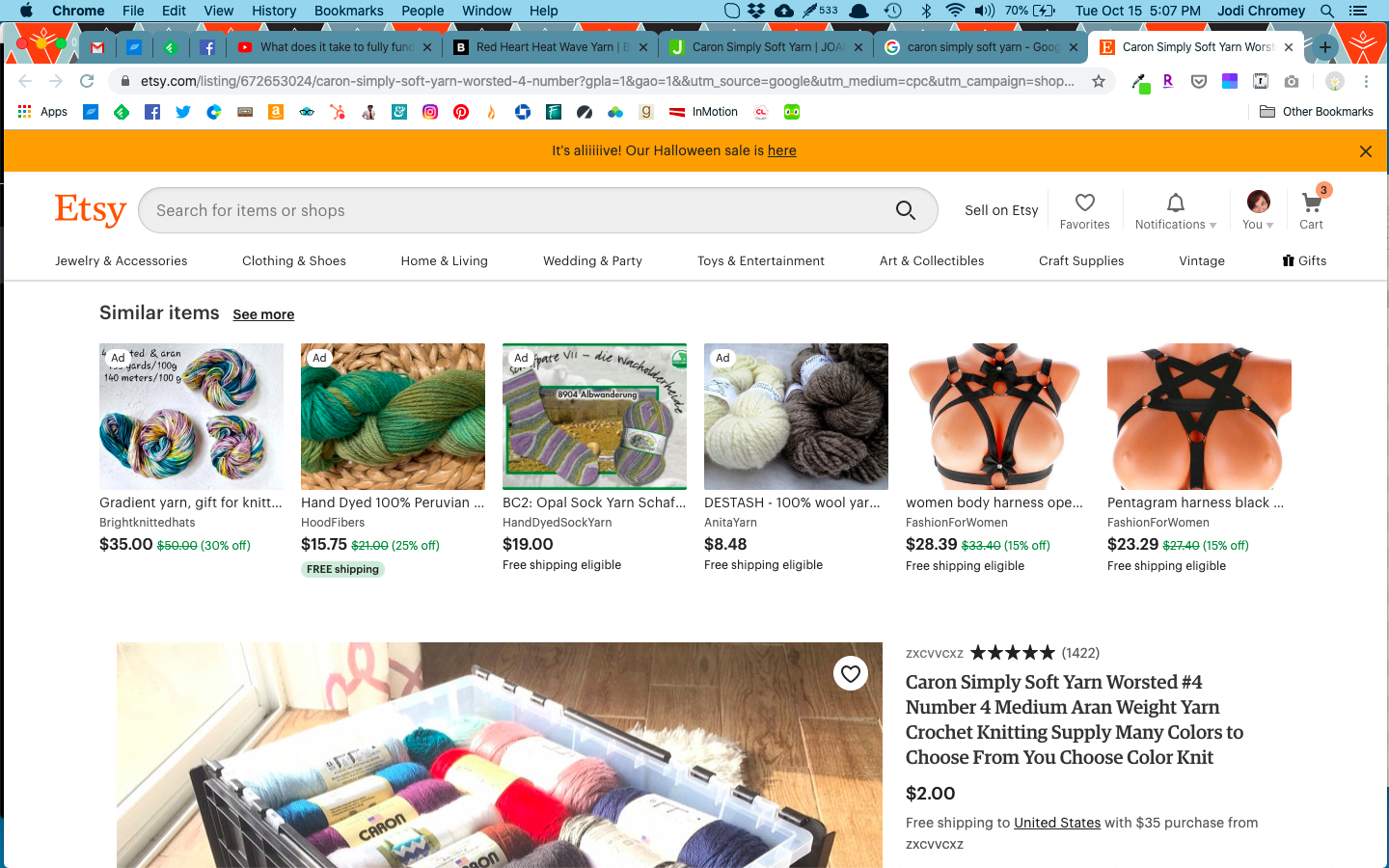 Here’s a thing you should know about me: I’m super cheap. Ridiculously cheap. So cheap that my sisters and my friends frequently tease me about it. I’m not like divide a bill exactly by what everyone ordered + tax kind of cheap. Not, a skip out on ponying up my part of a bill cheap. Or trying to con someone into paying for my stuff cheap. I’m not a scumbag.

After all, I feed my friends and family all the damn time and I don’t have a tip jar on the counter. Though I do have a Superman bucket full of quarters on the counter and maybe if I wrote TIPS on it people would donate.

When I say I’m cheap, I mean that I comparison shop. A lot. For all the things from couches to q-tips. I wait for sales. I use discount codes. And I generally try to spend the least amount of money possible when I buy stuff. I explained the compulsion Sister #4 once as a competition or game that takes place solely in my head. I want to play less for stuff than all the other chumps.

Another thing about me is that I have no idea how much things should cost. At all. I’m like my Grammu in 2002 when she thought everything should cost a dollar. I tend to think everything should cost between $5 and $20. My friend EM is the person who tries to keep me in check, frequently reminds me what things actually cost, and tells me when I’m being ridiculous.

For instance, last week she told me that paying $100 for two pairs of pajama pants and two thermal shirts was not expensive and in fact stupid cheap. See what I mean?

So this afternoon I was doing some yarn pricing. I have a few high-yarn projects in mind this winter and, of course, I want to get the best price on yarn. One of the links led me to Etsy. I had no idea people sold yarn on Etsy.

But what caught my eye wasn’t the $2 skein of yarn. It was the “Similar items” at the top of the page. I don’t know how the algorithm decided yarn and bondage gear were similar. I also don’t think this was generated based on my searches, because on Etsy I mostly look for banded carnelian worry stones and vintage dishes.

Anyway, if you’re looking for inexpensive, handmade bondage gear you can get that on Etsy too. This has been a public service announcement.