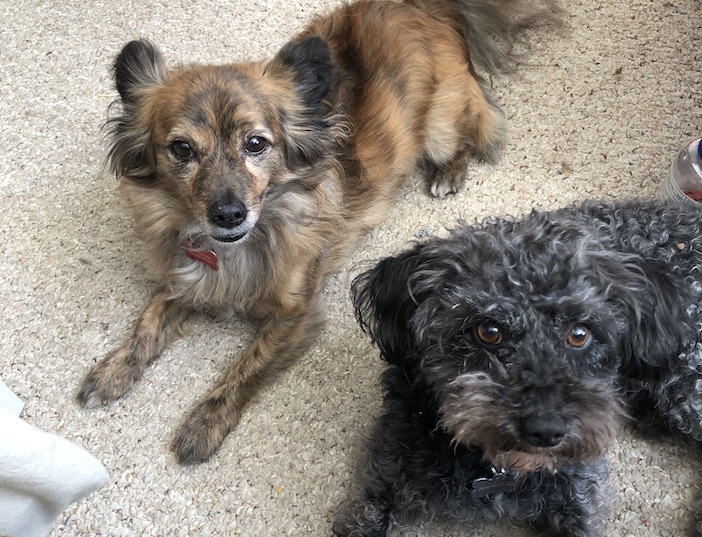 I officially ruined Thanksgiving at 2:08 p.m. when I quizzed my libertarian, Trump-voting nephew a little too severely for his tastes and he went upstairs to his bedroom not to return until well after dinner had been served and cleaned up.

For the record, I did feel awful and volunteered to go home so he could enjoy the holiday with the rest of the family. And I’m only a little pissed that I made the offer because emotional labor and male privilege and women’s work, etc.

This all happened well before my parents arrived at Sister #2’s house. Once they got settled in, my dad said, “Where’s your brother?”

“He’s right here,” I said, petting Sully who was sitting on the back of the love seat next to my shoulder.

Jaycie and my sisters immediately burst into laughter.

“He wasn’t talking to Walter,” my sister spit out between gulps of laughter that brought her to tears. Apparently my dad was not talking to Walter who was standing near my dad, but rather to my niece sitting next to him.

We spent the rest of the night arguing if Sully and Walter were brothers or not.