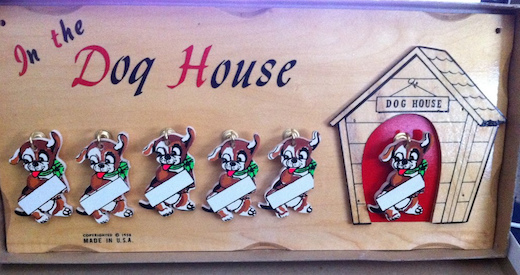 I’ve told many of these stores in the pixels of I Will Dare before. It’s impossible to talk about my childhood without talking about my Uncle John & Aunt Eileen’s family, or the J.Chromeys as we called them during our Chromey vs Chromey bowling years.

A lot of my earliest memories involve their kids, and there were a lot of kids to make memories with — nine in total though they lost one as a newborn and my cousin Colleen died at 17 from bone cancer when I was four.

John & Eileen’s daughters were our babysitters and our playmates. Their youngest, my cousin Wendy, is a year older than I am. We went to junior high and high school together and I’m still a little mad at her for telling Cam Anderson I liked him back in 1984. Laurie, the cousin I have probably written about the most, is the legendary babysitter for the 45 collection that featured Billy Joel and Blondie. Patty is the cousin I lived with for my senior year in high school after my family moved to Chippewa Falls.

John & Eileen’s house was a safe-haven. They lived about a mile and half from us in Blaine, just the other side of Highway 65. It was the house we would escape to when the weather got too tornado-y-looking when we lived in a trailer. It was the place I planned on going to if my dad ever made good on his threats to kick us out of the house.

It was the place with a lot of great toys including Weeble Wobbles, Husker Du, and the Fisher-Price Sesame Street playhouse. It was a house filled with glamorous teenagers and my mysterious cousin Johnny. The only boy with all us girls.

It was a house with a dog house plaque just inside the garage door (or what used to be the garage door, the house has been remodeled since), which endlessly fascinated my sister Ericka and I. We always wanted to know who was in the doghouse. It was the house where I celebrated my high school graduation because my parents didn’t live in Blaine anymore and my Aunt Eileen makes the best potato salad in the history of potato salads.

My Uncle John was a quiet man at a time in my life where quiet meant boiling rage just beneath the surface. He was one of my Dad’s brothers which automatically put him in the scary camp just by being associated with my Uncles Terry & Jim who were loud and unafraid of disciplining noisy children.

It took me a long, long time to not be afraid of Uncle John though he never gave me a reason to be afraid, other than that quietness that unnerved me. He was quiet, but slyly funny. Every conversation I can remember having with him involved laughter.

My Uncle John died on Friday. And I don’t know what words to type here next. Instead I just keep crying and back-spacing. His face, looking so much like my own dad’s, is all over Facebook. His children (again, there are seven of them) and a lot of his grandchildren (19 of them, I think, I am bad at counting and remembering them all) have changed their profile pictures of him. Their grief and love for him is palpable. I’m so sorry they lost this man they loved so dearly. And I am also so thankful for that man, who with my Aunt Eileen, his wife of 61 years!, raised all those cousins who shaped the person I am today.