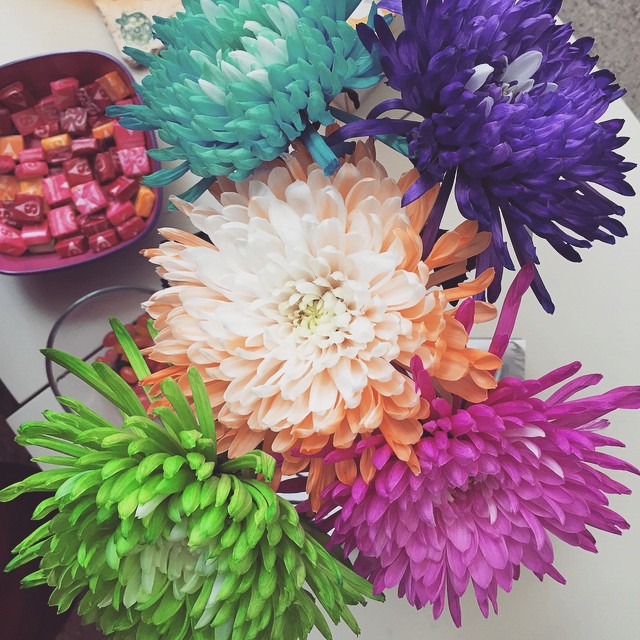 I went to a bridal shower up in Blaine today. This goes against all I hold dear about not going places or doing things and also avoiding anything involving weddings. But I went because I haven’t spent any real time with Sister #4 since the Christmas Disaster of 2013 and, also, I like the cousins who would be attending this shower. Also, the potential for free pizza.

Because my family is so large it’s easy to let the members of it that I dread kind of wash over and infect the members that I like until extended family feels like a big miasma of people who know zero things about me and don’t care to add to that number. A lot of my dad’s side of the family is weirdly obsessed with Sister #2 who is some kind of goddess to them, and let me tell you there’s nothing less fun than being at an event you don’t want to attend and having people randomly approach with the hopes of discussing how brilliant your sister is. Ugh. Barf.

All things considered I had a pretty delightful time. It’s funny how easily you can slip in with some people even though you hardly ever see them. At one point today my cousin Donna asked me what my favorite book of all time was. We weren’t talking about book (I chose Elizabeth McCracken’s The Giant’s House for this instance).

I don’t think I’ve seen Donna in years. Donna is my eldest cousin. I think I was six or seven when she got married. Her wedding is one of those memories that has stuck with me my entire life, because I got to wear clogs and that was a big deal.

The fact that she remembered I was a reader just reminded that I’ve pretty much been the same person my whole life. It was nice to be remembered for something by someone whose life you aren’t an active part of, especially when you got a touch of the I’m going to die alone and the cat is gonna eat my face blues.

Also nice was when my cousin Laurie, who introduced me to rock & roll when I was a wee lass, barked with laughter after I showed her that a picture of Joan Jett was my iPhones’s lock screen.

So I survived a bridal shower and going and doing things with people. I’m going to have to do that a lot in the next week or so, especially because my nephew Max is invading Supergenius HQ for a week starting Tuesday and I’m ridiculously excited about it.

Oh, and also, for the record I won one of the silly bridal games because I answered more cake riddles than anyone else. My silly bridal game is on point. I let Sister #4 keep the gift but not before I filled the oven mitt with all kinds of teeny silver heart confetti, because my cousins are awesome at evil ideas.

They also let me leave with a vase full of rainbow colored flowers because I love flowers. Family, sometimes they aren’t too shabby.