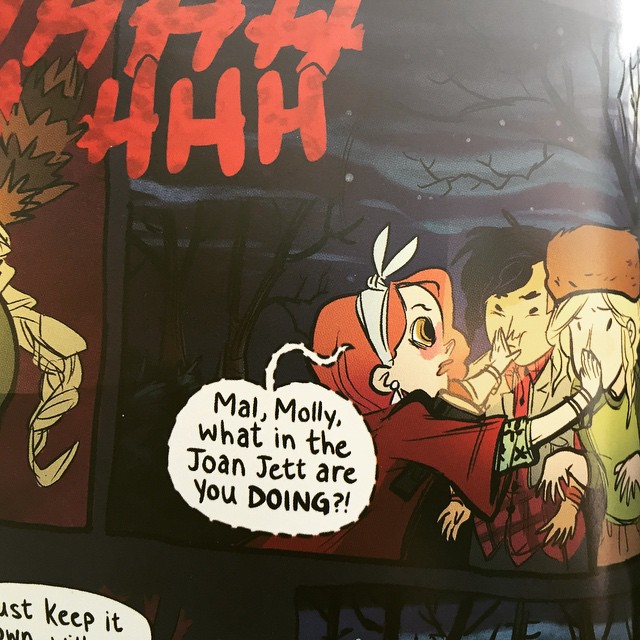 When I was a kid, I read a lot of memoirs by actresses (or the daughters of actresses) from the forties and fifties, Hollywood’s golden era or some such bullshit. I don’t know. What I do know is that I read roughly 50% of all the books my mom ever brought into our house. She had two interests: memoirs and true crime.

True crime was not my jam, I left that for Sister #2. However, I ate up every memoir or biography ever darken our door: Frances Farmer, Katherine Hepburn, Shelley Winters, Lauren Bacall, Christina Crawford & BD Davis (the daughters of Joan and Bette), Priscilla Presley, and Lucille Ball.

Heh. I just noticed as I was typing these are all books by and about women. I bet that wasn’t intentional on my mom’s part, but I dig it in hindsight.

I like to think my affinity for memoirs is an inherited trait. Where my mom is all actresses, I am all rockstars.

The first few rockstar memoirs I picked up were casually because one was written by Paul Westerberg’s wife (Laurie Lindeen) and the other my friend Wolfdogg wouldn’t shut up about (Jen Trynin). Then I decided to write a book about a female rockstar and reading the memoirs became research.

Now, I can’t get enough of them. I want to read them all. Right now I’m in the midst of Jewel’s memoir, Never Broken: Songs Are Only Half the Story and I have Grace Jones’ I’ll Never Write My Memoirs sitting on my coffee table waiting for me to finish my bookclub book.

Also, I am desperately hoping someone will send me the new Patti Smith & Carrie Brownstein memoirs.

Last week I finished Chrissie Hynde’s Reckless: My Life as a Pretender and was crushed by disappointment. While tweeting about it, my pal Tito asked about my favorite memoirs written by female rockstars. 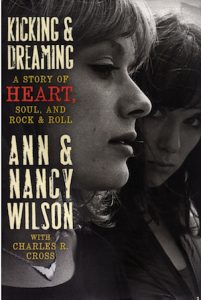 Kicking & Dreaming: A Story of Heart, Soul, and Rock and Roll by Ann & Nancy Wilson

This one is my absolute favorite. It’s got a healthy dose of pre-music biography, enough dirt dished to make you feel like an insider, but not so much that you feel like there was revenge sought or something. Also, Ann & Nancy Wilson kick fucking ass. What I love so much is that it’s fun and sad. So many of the memoirs I’ve read by musicians seem to miss out on all the joy that is rock & roll. The Wilson sisters nailed it. 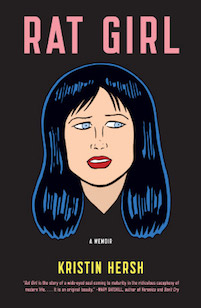 This one always surprises people by how highly it ranks. I was never a huge fan of Throwing Muses, but I had a healthy appreciation of the band and Hersh’s solo music. However, I love this book. Hersh is an excellent writer and this memoir is based on one year of her life. It’s a big year. The year she was diagnosed with bi-polar disorder, her band landed a record contract, and she got pregnant. But what makes this book so great and ranks it so highly is that Hersh writes about music in a way I’ve never read before (and haven’t since). That alone is worth the price of the book. 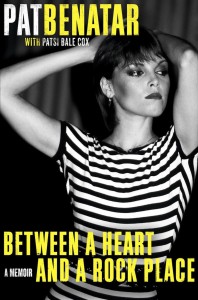 Between a Heart and a Rock Place by Pat Benatar

What makes Benatar’s memoir so great despite it’s really slow beginning, is that she’s still pretty pissed at the shoddy treatment she got as a woman in music, and she’s not afraid to tell you exactly jus what went down at the music label. It’s one of those books where the author confirms all the nasty suspicions you had about how women were treated in rock & roll. That’s what makes this one such a good’un. Also, she talk a lot about all her videos, which was one of the best things about growing up in the 80s.

Yeah, yeah, yeah. I feel a little bad ranking this one fourth, but let’s be honest — this one is more about her friendship with Robert Mapplethorpe than it is about her life in music. Still, this a beautiful, beautiful book. It’s been years since I read it and I still remember the scene where she and Mapplethorpe are walking down some New York street and hear her song on the radio and he says something like “Patti, I can’t believe you got famous before me.” So great.

Girl in a Band by Kim Gordon

The first chapter of this is stunningly beautiful. Gordon’s hurt at her husband Thurston Moore’s betrayal is palpable and that makes for some exiting reading. She makes you feel her pain. After that the book devolves into some humorless arty namedropping, gets good again when she talks about 90s tastemakers and her pals on the Lollapalooza circuit, but then gets boring again when you hear about the making of every Sonic Youth album. I dunno. This one is a toughie. It’s missing a lot of the joy and fun of music, and ends really weirdly, but Gordon is smart and interesting.

This one comes off as more addiction memoir, than music memoir, which is kind of a bummer, but still it’s Belinda Carlisle and The Go-Gos and that Sunset Strip scene that spawned so many bands (she used to hang in the same parking lot as Joan Jett, which is kind of big deal if you’re the kind of music nerd I am). She does a heathy amount of dishing and it’s kind of fun. When I was reading this book I remember talking to Sister #2 how much it bummed me out that Carlisle had so many body image issues. I mean, it’s totally understandable, but for us growing up in suburbia in the 80s, Carlisle was the most beautiful girl on the planet. She was who we wanted to look like –more than Madonna or Cyndi Lauper or anyone.

Cash’s memoir is a little tepid and it makes me feel shitty to say this, but it ranks so high because of the beautiful way she writes about her parents and June Carter.

Reckless: My Life as a Pretender by Chrissie Hynde

Bleh. I have tons of issues with this one that I’m still puzzling out. The only reason it beats out the last three is because it included this line “I ran into my pal Joan Jett who was supporting The Kinks in Philadelphia.”

I liked this one a lot more once I saw Lindeen read from it. Though I have no idea, I suspect she was in a kind of dicey situation writing about her life at a time where she might not have been able to be as emotionally honest as it takes for a good memoir. This one does some really shady point-of-view changes at highly-emotional times which felt like a ripoff. However, there’s a lot of familiar names in this one and that was a lot of fun to read.

Everything I’m Cracked Up to Be: A Rock & Roll Fairy Tale by Jen Trynin

This is the one Wolfdogg couldn’t shut up about. What I remember about it is that there was a lot of talk about recoupable debt (zzzzzzzz) and how Alanis Morissette’s (NOW there’s a memoir I would die to read) popularity ruined everything for other alt-pop women of the mid-90s.

This one was straight up boring. Also, Ronstadt is responsible for The Eagles (they all met while members of her backup band).