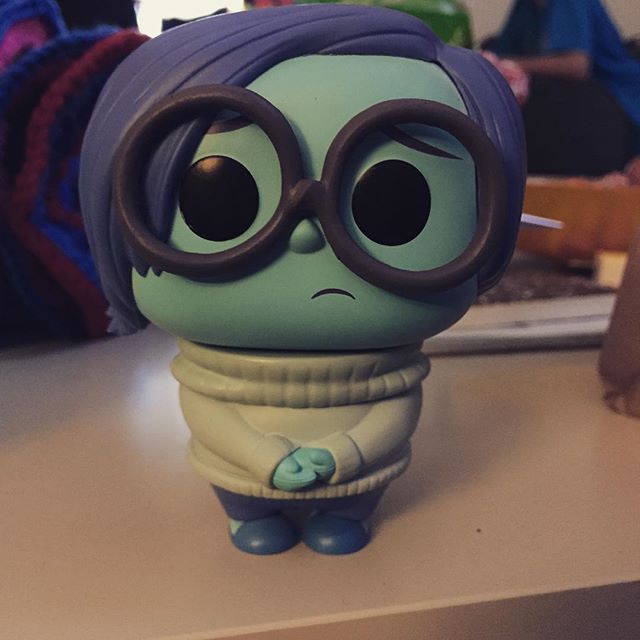 Since I don’t get out of Supergenius HQ much, being an angry hermit and all, going to the grocery store can be quite eventful. And since I took over cooking duties for Sunday Family Dinners (I grew tired of KFC/Subway/Pizza quickly), I go to the grocery store a tad more frequently. Or at least it seems that way.

Nine times out of ten I buy my groceries at Cub in Shakopee. Occasionally I’ll go to the unSuperTarget, but mostly only to buy canned goods and to take advantage of the 5% discount. Usually, I just stick to my Cub because they have good produce and I am of an age where this really matters to me.

A lot of the workers at Cub know me as a regular. Ever since that one time there was a GIANT picture of me in the StarTribune for reading paper books, they think they really know me and I am often greeted with smiles and nods.

The one guy in the dairy section thinks he super knows me and flirts with me a great deal, which is kind of uncomfortable for two reasons.
1.) I don’t know how to flirt
2.) I am an awkward lunk who has mostly only smiled and nodded at him

And it’s not that I even smile on purpose. I have the opposite of resting bitch face and so people think I am smiling at them all the time when it’s just my face being my face.

Yesterday when I saw the dairy guy he was all, “Oh there you are. You always have a smile for me.” And I wasn’t smiling for him or anyone. I was simply trying to find the frozen tortellini for Family Dinner.

After procuring most of the groceries I needed, I settled into Elsie’s checkout line behind a woman and her 11ish-month-old daughter. I always choose Elsie when I can, because she’s older that my mom, has breast-cancer survivor tattoos on her forearms, and always greets me by name. “Hi, Jodi. How are you?” I like that.

So in Elsie’s line, the mom was facing away from her daughter, the kid was sitting in the cart facing me. 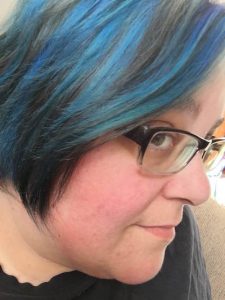 At first the little girl was afraid, I think, of the giant blue-haired lady standing in front of her. My hair is super blue at the moment because I am going to be Sadness for Halloween. There’s more than a passing resemblance, really. Also, I love Sadness.

Anyway, the little girl got all flirty and we were having a grand time exchanging goofy smiles, when a woman came up behind me and kinda whispered, “I can check you out on thirteen.” And as much fun as I was having standing in line (not sarcasm), I was still at the grocery store which is one of the rings of hell.

So Jayne, that was her name, moves a rack full of Ding Dongs out of my way and opens up lane 13 for me. I already wanted to marry her. We proceeded through the transaction mostly in silence, which I didn’t mind. Toward the end as she was ringing up the last of my four different kinds of peppers she said, “You sure must like peppers.”

Then we said thank you and wished good days upon each other, and that was the last I figured I’d see of Jayne.

I bagged up up my groceries and headed to Ruby thankful that nobody asked me how tall I was. I tossed my grocery bags onto the passenger seat and then rounded the truck bed to the driver’s side. Before I popped in, I spied Jayne coming out the doors of Cub. In her hand, a bag of Mission Tortilla chips and a poblano pepper. I had forgotten them.

I watched her scan the parking lot looking for me, the wind whipping her hair in her face. I waved my arms over my head to get her attention and headed toward her.

“Oh, that wind is cold,” she said, meeting me halfway and handing over my forgotten items.
“Thank you so much,” I said.
“No problem,” she said.

As I drove home I wondered if I would be the kind of cashier who brought forgotten items to a customer in the parking lot. Probably not. But now I’m thinking I might have to change that should I ever become a cashier again.