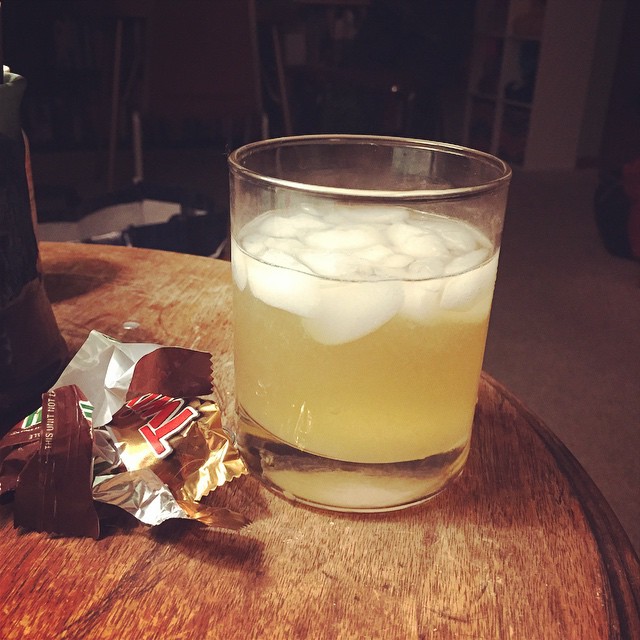 My FFJ is going through a nasty bit of rough and thus needed to spend some quality time with a bottle of wine, a pack of cigarettes, me, and some Potato Oles.

I’m not gonna lie, one of the best benefits of being my friend is my house’s proximity to Taco Johns.

The last time I had a sleepover with someone who wasn’t a nibling might have been in the 80s. I’m sure I spent the night at friends’ houses in college, but drinking until you are too incapacitated to leave isn’t really a slumber party.

Slumber parties involve giggling and junk food and much talk about boys and sex. Duh. In my younger days these parties involved taking every quiz in every issue of YM, Seventeen, and Sassy on hand, but Facebook & Buzzfeed have pretty much ruined quiz taking forever.

While we alternately damned and praised the various men we’ve known and wanted to know, we got on the topic of music. Of course we did. Whenever I’m around the topic of music comes up usually right before or after books.

She mentioned how she and her favorite ExBF would always get it on to The Cure’s “Disintegration.” She might have even dubbed it the best record to fuck to (all quote are approximate I was two whiskeys into the night at this point). I probably wretched for a good ten minutes after that announcement not only because I loathe The Cure (really, really loathe) but because it was Sister #2 & Ben’s sexy-time record back when we lived together in the early 90s, and there are not enough emphatic BARF!s in all the land to express how unsexy the idea of that record is to me.

So I confessed that I don’t have any get it on music. Never have. I lost my virginity to the soundtrack to Super Mario Bros., and not even the sort of dark and dangerous below ground music either. Just the boring, above ground music.

While I have seduced many with my music collection, I’ve never had like a go-to seduction record, a record that means Jodi wants it and is gonna get it. I’m just no good at that. Seduction, I mean.

I have, however, ruined many a man’s seduction game by being super annoying about music. “What is this?” I’ll ask at not so opportune times. Or “Is this so and so?” Or “I love this song have you heard. . . ” It’s a wonder musicnerds ever get laid.

Here’s what I confessed to FFJ Friday night: “Certain voices go straight to my clit,” I said.

And if she were a dog her ears would have shot straight up as she turned to look at me. “What?”

“Billy Bragg’s voice makes all my sexy parts tingle,” I said.
“There’s nothing wrong with that,” she said, because she is a fabulous friend.
“Oh, I don’t think so either,” I explained. “But it’s not like you can say ‘Hey, let’s put on ‘There is Power in Union’ and make out.'”

She laughed, which was my goal. And in Billy’s hot, hot voiced defense, he has plenty of songs you can put on and make out to (New Brunette, Walt Whitman, New England. . . in an odd way).

Another one that gets me in the naughty bits? Glen Hansard. Also the dude who sings under the name The Tallest Man on Earth, especially the way he says “slumber” on the song “I Won’t Be Found.” And Jason Isbell, but only on “Cover Me Up.”

I have to stop now.