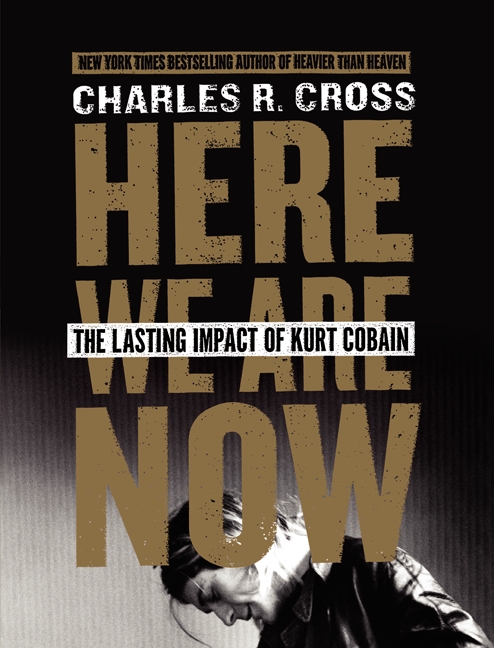 Even though today marks the day of Cobain’s actual death, it’s April 8, 1994 that is forever etched in my memory. That’s the day we found out. That’s the cloudy, grey day in Eau Claire, WI when The Spectator phone rang off the hook, everyone wanting to be sure the Arts & Entertainment editor for the campus newspaper heard the news.

Like so much of Cobain’s life it’s only in retrospect that the day has significance. At the time it was a shocking celebrity death. It didn’t have any weight or depth. It would take twenty-years of history, piles and piles of nostalgia to shape it into the generation-defining moment it is now.

Twenty years on I chafe and struggle under that definition. I don’t want it. It feels false, phony, something GenX would never stand for. After all, we’re the generation searching for something genuine, something real and true. Just look at our teen movies — Reality Bites, Empire Records. To me the eighties were about being accepted, often under the guise of popularity and the aughts were about connecting. 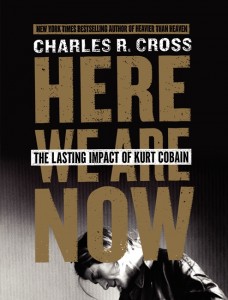 And yet here we are now forced into revering a false prophet whose work gains ever more significance the longer he is dead. One can’t help but wonder how Nirvana would fare in history had we experienced twenty years of them rather than a small handful.

I recently read Here We Are Now: The Lasting Impact of Kurt Cobain by Charles R. Cross (who helped write my much beloved Heart memoir). I sought the book out not only because the author had done so well with Heart, but because I was curious. I was seeking something that could explain why the legend of Cobain and Nirvana endures, while so many of their cohorts have been relegated to a 90s timepiece sort of how Duran Duran will forever be the 80s, nothing more, nothing less.

You won’t find that in this book. Instead you’ll find an author needing people to bear witness to the fact that he was there, that he experienced this moment first hand, that people told him things (throughout he uses the revealing “So and so told me” rather than “So and so said.”), and you’ll find someone laying each of the 90s pop cultural signifiers at the feet of Kurt Cobain, regardless if they belong there or not.

At one point the book says, “On half dozen occasions [Kurt] wore dresses in concert, again playing off expected gender roles.” It’s this sentence that exemplifies how significance has been put on Cobain after his death. Since society, the media, whomever has decided that Cobain is a symbol, a voice of a generation, we will imbue all his acts with meaning and intent.

I roll my eyes at this whole gender role bullshit because Cobain is hardly the first rock and roller to wear dresses on stage. When Bob Stinson, another rocker who died before his time, wore dresses on stage a decade earlier it was chalked up to drunken buffonery. Kurt does the same thing and it’s a statement on feminism and gender roles? Are you kidding me?

According to the book, Kurt was also responsible for every mid-nineties fashion trend — Chuck Taylor’s, Doc Martens, flannel shirts, ripped jeans — not someone who wore the fashion of the times, but the person responsible for the look. Feel free to barf.

Perhaps the most damning, and why I chafe so much at the sainting of Kurt Cobain is when Cross discusses how “Nevermind” continues to gain in popularity even though the initial response to the album was enthusiastic but hardly orgasmic. He writes:

Those jumps — from being a three-star album upon release, to the third best of 1991, to four-star album online by the late nineties, to the best of the decade by 1999, before vaulting to the seventh-best album of all time a dozen years after it was first released — are absolute proof of Kurt Cobain’s enduring legacy.

Maybe this critical ladder climbing is proof. Or maybe it only proves that critics are easily swayed by popular opinion. Or maybe it says that we have a sort of rose-colored nostalgia for the artifacts of our youth. Maybe I’m a curmudgeon who enjoyed Nirvana on a casual basis who wants history to accurately reflect my very own feelings and memories of that time.

I suspect all these things are partially true. You know what else is true? I will continue to chafe at the idea of a beautiful, young blonde man forever defining a generation that has long outgrown him.