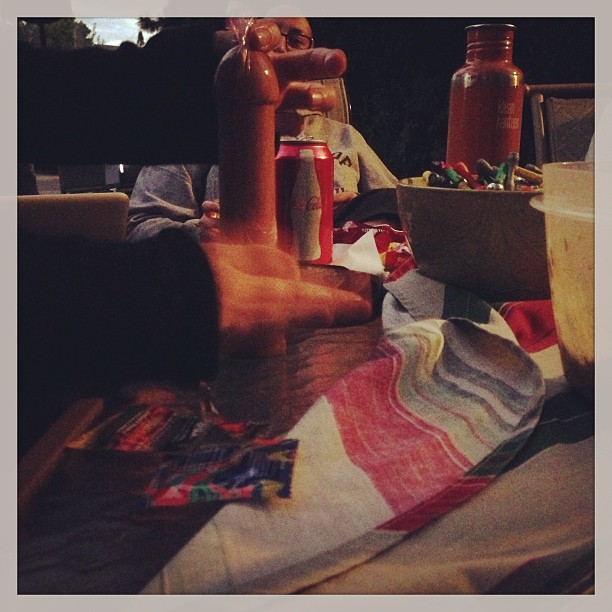 So today is actually Monday. That slipped my mind until roughly 7:30 tonight when Sister #2 asked me at belated Family Dinner if I had to get home to live-tweet “Diff’rent Strokes.”
“No,” I said. “That’s on Mondays.”
“It is Monday.”
“Fuck.”

So I lost a day in there, probably Saturday since I don’t recall it at all. Yesterday, I remember because there was Rock & Roll Bookclub where my niece showed us everything she learned in her teen peer-educator sex ed program. It was enlightening and I learned that female condoms confound me.

But that was yesterday and today I was boring and apparently stupid.

I probably should have figured out the Sunday/Monday problem when after writing about 392 book reviews and queuing I crawled onto the couch for some “Gidget” time. However, there was no Gidge to be had there was some dumb Jerry Lewis movie marathon on the retro-TV channel I like. Instead, I bawled my head off through “Miss Representation”, on Netflix. It’s a documentary about the way women are portrayed in the media. It’s pretty fluffy yet seeing teen girls crying over how they don’t and can’t fit into the beauty ideals society places on American women broke my heart. Hell, I could bawl my head off right now if I spend too much thinking about how I’m judged based on the size of my ass and not the size of my intellect.

So then because it’s freezing in MN today (not a complaint, merely an observation — I like the reminder that Fall is coming) I spent some quality time in a hot bath with The Shining Girls by Lauren Beukes. Afterwards I curled into bed to take a short nap, but that didn’t work so well so I just laid there and thought about things: Chicago, The Beast, Getting the stupid PC from the garage so I can start Corporate Contract Gig tomorrow, The neighbor outside mowing the lawn — you know all the things you think about as you lay in that space in between being awake and asleep.

Family dinner was spent eating hot dogs and brats and talking to the kids about the upcoming school year. I mostly zoned out and played with my hair which feels weird because I don’t think I got all the conditioner out. Also, I need to get this shit cut before Chicago.

Now I am home typing and thinking about how tomorrow is when I get back to everything, most specifically rewriting The Beast. While I didn’t intend it, I took a summer break from writing — all writing, not just the beat. But now Tibblesummer is over and as that one song that is from the 90s and may or may not be from a tampon commercial* it’s time to get back to life, back to reality.

*I fully realize that with a little googling I could find out the name of the song and who sang it and whether it was in a commercial, but sometimes I like to make my brain work for things (and it’s still working on this puzzler).