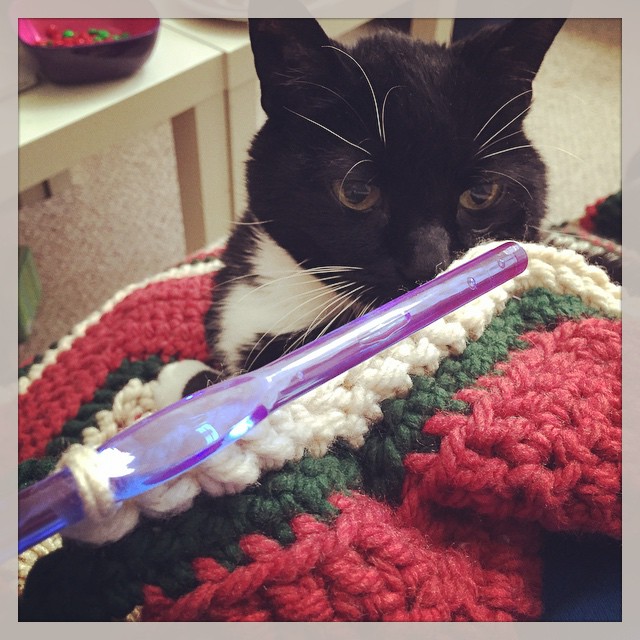 First of all as I begin typing this at 1:43 p.m. you should know that it smells like pepperoni in my house. I don’t know why. I haven’t eaten pepperoni in weeks. Also, there is a gravy stain on my shirt. I haven’t eaten gravy (yet) today, however I did manage to coat myself in gravy last night at Family Dinner.

You are free to insert my all-time favorite burn right here. It comes from my cousin Christopher who was making fun of another cousin who will not be named. He said, “Nice shirt. I liked it yesterday too.” My sisters and I use this on each other all the time and have for more than 20 years.

So today started rather dramatically. I cried three times before 10 a.m., which was no easy feat considering I didn’t even get out of bed until 7:54 a.m. This is quite spectacular even for a cry baby like me.

The first time I cried was when I read Albert Einstein’s letter to Marie Curie.

Then I cried when Kurtis said nice things about The Beast. If you are new to this joint The Beast is a novel I’ve been working on for the past two years, which I recently handed off to my writing group called The Black Sheep (Kurtis is a sheep). I’ve been living in constant anxiety about handing The Beast over sure that they will think it is the stupidest thing to ever take up space on a harddrive and I should sit down, shut up, and go back to writing crappy newsletters full time.

And I keep telling myself it’s okay if they think it is the worst thing ever because it made Christa cry and that can be enough.

The third time I cried was because Karlyn (another Black Sheep) kindly offered to come way out to the suburbs and drag me to Grumpys if it snows on Wednesday when we meet to eat tator tots and talk about The Beast and the latest magic Kelly has created.

There has been a lot of talk of crying thus far. I blame the fact that I watched “The Body” episode of Buffy last night and really got the tear ducts going.

So after all the snot, I chatted with Sister #2 about my dad getting my mom a new iPad for Christmas and how they were wigging me out because both he and Sister #3 kept saying how mom really emphasized the fact that she wanted an iPad with WiFi.

Then we spent 45 minutes chatting about Serial and at one point I had to say, “Everything I know about the law comes from “Legally Blonde,” “Days of Our Lives,” and “Law & Order.” Clearly, I am ready to take my spot in the Supreme Court.

After lunch and some work I took an unintended 1.5 hour nap. I’ve been napping a lot lately because Paco has become a total asshole. He’s taken to caterwauling every night (morning, I guess) at three. He does it enough to wake me up until I say “knock it off, Paco.” Then he stops and leaves me alone until about 7 a.m. when he decides it is time for me to wake up and feed him. That was a lot of information about my cat.

I spent most of the evening feverishly working on Maxwell’s Christmas blanket (pictured above). I vowed to not ruin Christmas this year by waiting until the last minute to make all my gifts. You might think I would have vowed to just buy gifts, but I’m pretty sure none of the niblings want to be part owner of the ridiculous refrigerator I bought in June which is where all my money goes. So thus, handmade gifts.

I’m nearly done with Maxwell’s blanket. I finished Jaycie’s a few weeks ago. That means I need only make one more horn for Cade’s viking hat and then dream up something for Liam. If I have time I will make all the Tibbles stuffed animals too. I’m fucking Super Aunt and don’t you forget it.

There were some leftover porkchops for dinner. I was going to take a picture of the slimy pile of mushrooms I picked out of the my mom’s cream of mushroom & brown packet of stuff gravy, but there was no way to not make it look like a tiny, pile of shit on a plate. So I deleted it. You’re welcome.

For a lot of my childhood I thought Willona was the most glamorous woman on earth. twitter.com/shadowandact/s…

@TGroman @windowseat I literally just wrote about OD-ing on those aspirin as a child. Did we all guzzle a bottle of that stuff when we were kids?

About 6 hours ago from Jodi Chromey's Twitter via WordPress.com

@windowseat I loved that aspirin flavor as a child. I want you to drink a can and see if you get the same flavor profile (HA! flavor profile).

Zesty Blood Orange Diet Coke tastes like a mix of diet coke and St. Joseph Children’s aspirin, and I kind of like it.