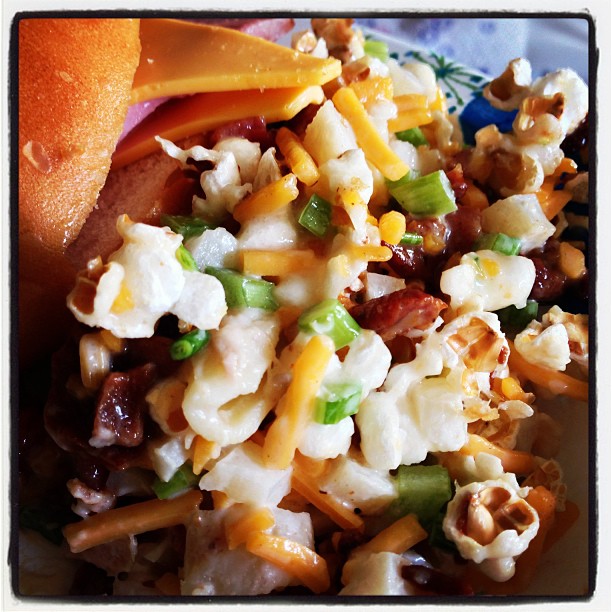 I’m the kind of hermit who gets increasingly anxious and angry when forced to be social too many days in a row. And my definition of social is: speaking to humans with my mouth. By my count I have had to talk to humans every single day since the last episode of It’s Sunday & I’m Boring. Summer is exhausting.

Today, however, was my day to rest, re-set, and re-charge, and I started to the day out right at the crack of 8:30 a.m. and the only reason I roused by crusty bones from bed was to take Walter for a walk lest he burst. The dog of my heart is visiting for the week while Sister #2 and fam are visiting friends in Florida.

Because I finished the draft last week, I started the morning with some rage-inducing “Meet the Press.” It was the episode where they decided to cut short an interview with Texas State Senator & Fillibustering Badass Wendy Davis so they had to time to get the opinions from the 5-men, 1-woman round table. Apparently NBC News doesn’t think there’s enough venues for rich, white men to spout their opinions on what women should do with their bodies. I guess the entire Hollywood-Advertising complex isn’t enough.

After I cooled down, I watched an episode of “The Brady Bunch” (the one where Jan is allergic to Tiger’s flea powder) while farting around on the Internet. Long about 10:30ish I decided it was totally time for a nap, and curled up on the couch with Paco, Walter, and Carrie Mesrobian’s Sex & Violence. Sadly, I only got a few pages into it before my lids drooped. I blame this more on eBooks being the cure for insomnia and not at all on her writing (which I am loving, and maybe will just have to wait to get a paper book to read it). My iPad is filled with electronic books that are about 39% read. I don’t think I’ve ever read more than four pages of any eBook without wanting to sleep. I don’t know what it is. Science should figure that out. 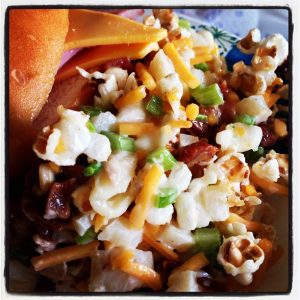 Freshly napped, I took Walter out for his afternoon constitutional and then settled into a delicious bowl of potato salad for lunch. It was leftover from my brother-in-law Ben’s masters degree celebration party. Sadly, there was none of the delicious popcorn salad left for me to have for lunch. That shit disappears quick.

After two episodes of “Gidget” (two of my least-favorite the one where she goes car shopping in her pajamas with the dad from “Bye Bye Birdie” and the one where the Blitz & Jeff pay the dude to babysit her at the big overnight surfing competition), I decided that maybe I should do something besides watch TV. So I did the dishes. I pondered cleaning the entire kitchen but decided that was madness and opted instead to read the beast.

The beast is beastly and I scribbled all over the first thirty or so pages before it became too depressing/overwhelming.

Then there was some dinner making, dinner eating, and more TV watching. A Sunday so boring you are probably dead right now. Myself, I’m going to go take Walter out again and then hit the sheets with Norah Labiner’s Let the Dark Flower Blossom.