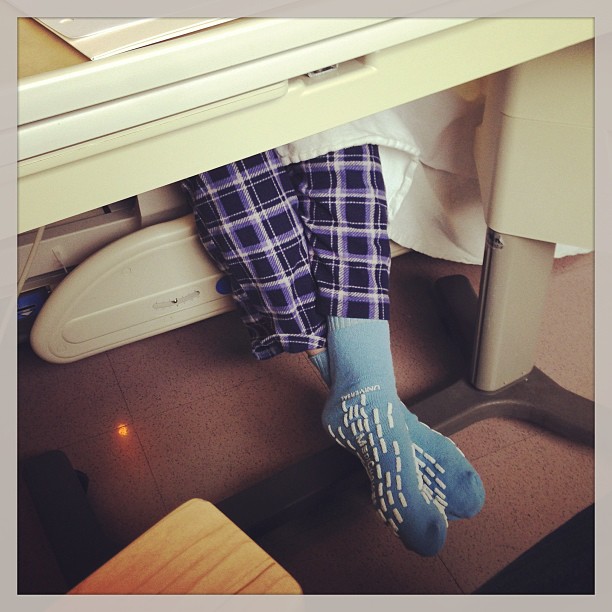 You all know that Christa is my very favorite writer on the entire Internet, right? When she finally publishes a book I will have to put Mary Gaitskill and John Irving and Aimee Bender on notice.

One of the things that makes Christa my VFWotI is her ability to make the absolutely mundane funny and interesting. Nobody goes to Target like Christa goes to Target. So in homage to Christa, I will turn my awfully mundane into something, perhaps, a little less mundane. Introducing It’s Sunday & I’m Boring, a new series that will last as long as it amuses me.

Sunday mornings are my favorite of all the mornings because that’s when “Meet the Press” is on. The Sundays after I have gone to the real grocery store are the best of all possible Sundays. Real Grocery Store = Donut Holes. And Donut Holes + “Meet the Press” + Hot Coffee = all the best things in life. “Meet the Press” was kind of boring this week. . . drone strikes and sequestration. Snooze. 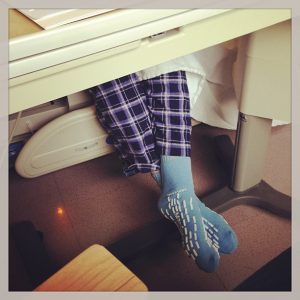 I was extra boring this Sunday, more boring than normal Sundays. Usually Sundays are filled with MTP and then writing and then cooking stuff for Family Dinner and then actual Family Dinner and then home again for Downton. But I bailed on Dinner because of the storm. And I bailed on most of my writing and work because of my mom. Mom’s been in the hospital since Friday night, she’s got some wicked pnemonia that wasn’t helped by a sojourn to Vegas.

When I saw her yesterday she looked and sounded like crap. And I could tell she was really scared. “I’ve never been this sick in my entire life,” she said. This is a woman who went through chemo and radiation two years ago because of breast cancer. And four years ago she had a shunt put into one of her arteries.

So yeah, most of the weekend has been eaten up by anxiety. When I am anxious I get ADD times about a thousand. And sleepy.

But so then I talked to my Mom on the phone today where she told me to stay home and not come visit even though I live right by the hospital. Later before I napped she called me and said, “I tried to Tweeter you but it kept ringing your phone.” She wanted to brag about how her oxygen levels were back up to 95. That’s a good sign. She might get out tomorrow.

Naps and bathing and my newest obsession Going Clear: Scientology, Hollywood, and the Prison of Belief. If you are in my life and I start going on & on about how crazy Scientology is, I apologize in advance. But serious SO CRAZY. Read the book so we can talk about it. Please.

Twitter is freaking out because I just pointed out the fact that Carly Rae Jepsen is older than Adele and we should talk about the power of that kind of branding and how kind of creepy it is. Also, I don’t care about The Black Keys. I once cared about Mumford & Sons, but then like those times I cared about Coldplay and Bon Iver, they just keep playing the same song over and over again and that bores me.

Are you bored to death yet? Do you still have a pulse?

I made calzones for dinner. They were ridiculous delicious. However, I think I have come to the conclusion that rolling out dough is for chumps. All the flour and the rolling and the worry that there’s some sort of microscopic ick on your counter you’re rubbing right into your dinner. Not for me.

Now The Grammys, which are kind of boring, but it’s fun to watch the snark fly on Twitter.