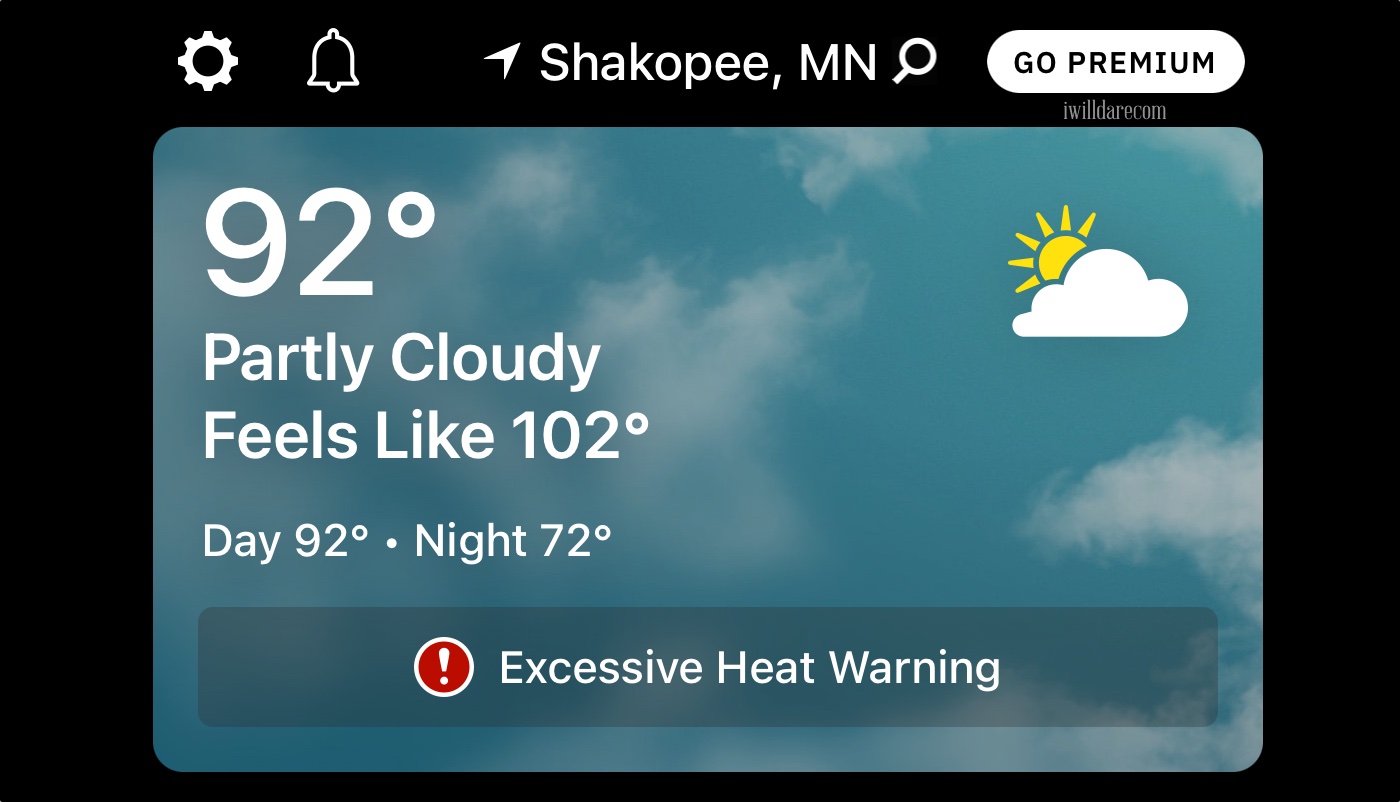 I don’t know where you are, but here in Minnesota it is the worst kind of ass out. The temperature is 92º, the humidity is 55%, and the dewpoint is 74º. We are living in satan’s butthole and it is 0% fun.

This weather is makes me cranky even from the relative comfort of my air conditioned home. I don’t know how people who have been alive for the past forty-nine years can deny climate change. HOW?! Have they not been paying attention? Do they think it’s all a liberal conspiracy to take away all their freedoms?

I’m really exhausted by most Americans being the utterly stupidest, most thoughtless trash human beings.

When I was an intern at the Eau Claire newspaper the summer of 1995 the city editor assigned me a story about how it was a cold, wet Memorial Day weekend and to find out what people had to say about it. He laughed about the assignment because it was always cold and rainy on Memorial Day and they ran that story every year.

I think about that a lot now as the earth dies beneath our feet. I also think, as I’ve said 1000 times, about how the lilacs used to bloom the week of my birthday and now they are well past blooming by the time June 6th rolls around.

Also, my brain keep reciting Robert Frost’s poem “Fire and Ice.”
Some say the world will end in fire,
Some say in ice.
From what I’ve tasted of desire
I hold with those who favor fire.
But if it had to perish twice,
I think I know enough of hate
To say that for destruction ice
Is also great
And would suffice.

Apparently I only think in poetry now, which is kind of annoying because I don’t know tons of poetry. I’m eager to go back to thinking in song lyrics along with quotes from Almost Famous and High Fidelity.