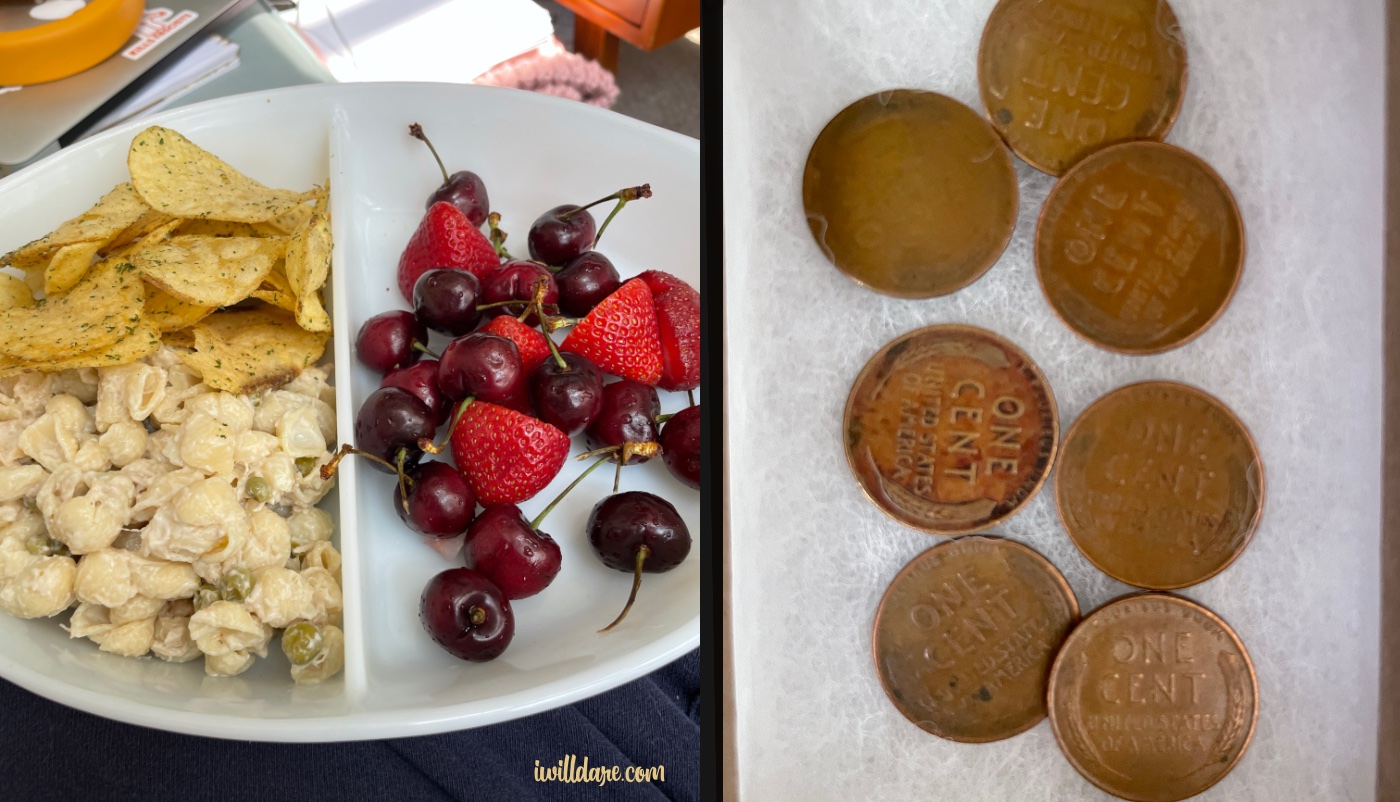 I’m a little blue today. This funk sprung out of nowhere and I even attempted to buy myself a plant to make me feel better and my inner voice said all petulant and cranky-like, I don’t want another plant.

Let’s blame the funk on the weather. Things get moldy fast when it’s hot and humid. It’s been above 90º here in Minnesota for the last week. The bread I used to make a lunchtime sandwich yesterday, was a forest of green today when I went to go make a sandwich.

Also, the fungus gnats are slowly trying to kill the wildflower card I’m growing. Well, they’ve successfully killed most of the teeny green shoots, but I got one that’s still going like a champ. I’m gonna love the shit out of that motherfucker so it turns into a flower.

Even though I’m kinda sad, I still wanted to tell you about the best, most thoughtful birthday gifts I’ve gotten so far. I say so far even though my birthday was Sunday because I’m waiting to open gifts from Sisters #2 & #4 for when they get here on June 20somethingth.

First up, we have a gift from my nephew Maxwell. He got me a vintage, mid-century modern divided dish (pictured above with Monday’s lunch). It has gold stars on the side, but I took a shitty picture to show him how it’s an excellent lunch dish and not to show him what it looks like because he already knows. He thought it was the relish tray I’m obsessed about. Alas, it was not. But it is still so rad because it’s so thoughtful. Not only did he remember that I love vintage cookware, but also that the relish tray I want is divided (it’s also crystal or clear glass, which is the part her forgot). I love this dish.

And then, to out do everyone, my friend Atom (BFK’s husband) spent the last year saving wheat pennies for my collection. For my birthday he gave me the seven cents he found thus far. Did you know I collect wheat pennies? I have since I worked at a gas station in the 90s. I have 51 of them now.

When BFK told me about it I nearly cried. It’s so damn thoughtful and sweet I don’t even know what to say.