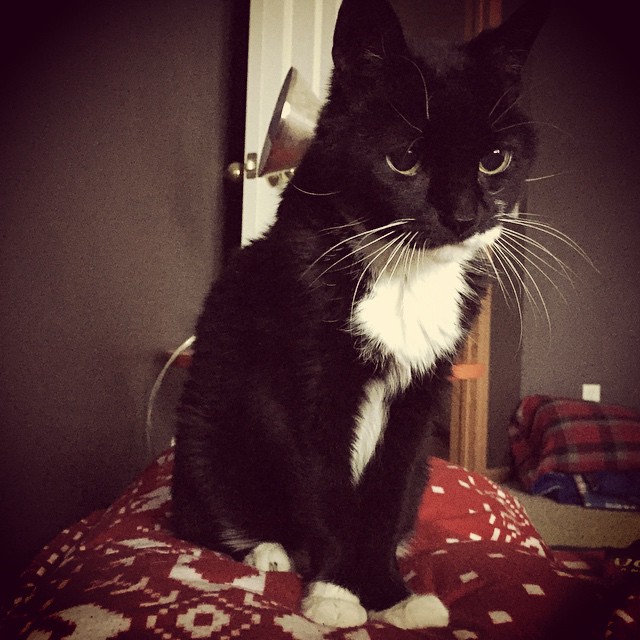 People don’t go upstairs at Supergenius HQ very often. There’s not much up there, two bedrooms, two bathrooms, the laundry room, and a beautiful loft filled with nonfiction books, my desk, and more dust & cat hair than you can probably fathom.

Mostly when I have company we hang downstairs & we use the downstairs bathroom. Really, unless you’re going to bed or doing laundry there’s not much sense in going upstairs.

Occasionally, though, people do use the upstairs bathroom. Believe it or not the Angry Hermit sometimes has enough guests where two of the three bathrooms are occupied at once. Whenever my niece or nephews or anyone stays the night they use that bathroom too.

And everyone always makes the same comment when they come down from that bathroom.

This weekend it was Sister #3, but she’s hardly the first person to ask.

“Uhhh. . .” she said, coming down the stairs. “Why is there men’s deodorant in your bathroom?”

There is a thing of Old Spice Swagger in my bathroom. It’s called Swagger and that cracks me up. Old Spice + Swagger, it just sounds funny. I keep meaning to throw it away, or shove it in a cupboard, but I spend not time in the bathroom I call the dusty, crusty bathroom. It’s the guest bathroom and as I have mentioned I don’t have guests over all that often. Angry Hermit and all.

This cracks me up. Not because I’m above having secret relationships, I’m not. I like to keep my friends and family out of my romantic life until I’m ready to mix the two. This hasn’t happened all that often in my life. Matters on this front were not helped much in the early aughts when a few I Will Dare readers decided to get involved in my romantic entanglements and thus guaranteed I never talk about them online again. The overstepping of boundaries by those readers caused a lot of problems and led to many accusations by lovers and boyfriends about how I was ashamed of them.

Sigh. Whatever. Things are probably easier now that most everyone shares their lives in some form or another online.

Anyway, I’m not in a secret relationship. And if I were I wouldn’t be so stupid to let him leave his shit all over the guest bathroom. The people in my life really ought to give me more credit.

So after I rolled my eyes for fifteen minutes Sister #3 asked me again, “Why is there men’s deodorant in your bathroom?”
“Because about 100 years ago The Tibbles left it here,” I said.
She didn’t believe me for one second. Not even a nanosecond.
“Really,” I said. “It’s true and every person who uses that bathroom comes downstairs and asks the same question the same way you just did.”
She kind of shrugged and nodded her head, still not believing me.
“And Nolan (that’s her son) acted the same way you are when he asked me and I gave him that answer.”
“You’re over explaining,” she said.
“I’m proving my innocence,” I said.

She still doesn’t believe me.