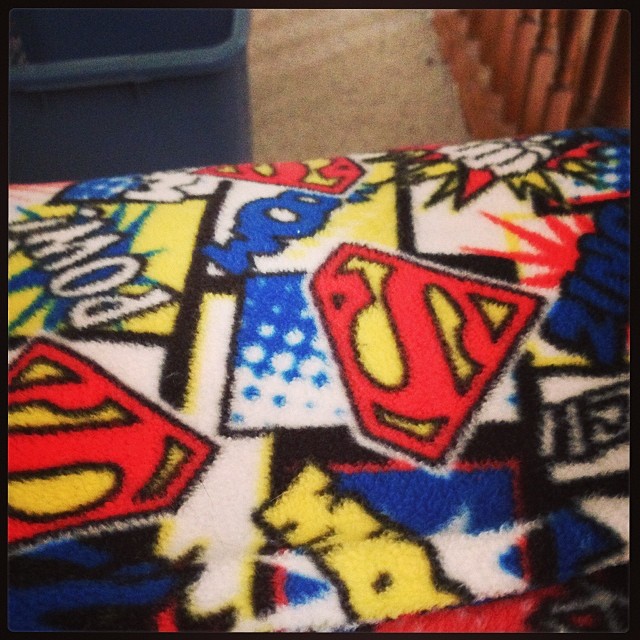 My mind is full. The messages are contradictory. I need to write today and I haven’t yet. When I get around to it, my main character Cora will buckle under the weight of responsibility.

I tried to avoid falling into the pit of news about the misogynist murder spree in California or spending hours weeping through the #YesAllWomen hashtag. And having failed at that, I started to share my own stories about being called a slut for saying no, being asked if my career was something I was doing until marriage, and how I was told to use my initials as a journalist to appear more credible.

Alongside all that is a recurring daydream about the man I hope to make my lover. It involves the palms of my hands, and his hipbones. Also the front door.

This is what it means to be a woman and a feminist and someone who has a hard time concentrating.

This started out as a post about laundry and in that post you’ll never see I included this: Sometimes I like to hide things behind blog posts with innocuous titles because I’m not as brave as I like to think I am. But I also do want to talk about laundry. That laundry bit is why there’s a picture of my just unearthed Superman pajamas at the top of this post.

I don’t want to talk about laundry anymore.

Instead, I want to talk about how last week over dinner Sister #2 talked about her work-friends bookclub. How in discussing the book the women in the club started sharing how they keep weapons next to their beds. Not guns, but bats and heavy flashlights, one woman keeps a small hatchet under her bed. The two men in the club were stunned by the revelations.

I told her how I don’t have a weapon next to my bed even though I live by myself, how it never occurred to me to have one. It made me feel naive or maybe oblivious. As I drove home that night I thought maybe because I am a woman of extraordinary size, a statistical anomaly a doctor told me once, I didn’t have the same concerns for my physical safety that smaller-than-me women have.

But today when I started tweeting my #YesAllWomen stories all these things started jamming my already full mind.

One time, in college, I got trapped in my dark bedroom with two men I didn’t know very well. They both tried to shove their dicks in my mouth at the same time. They stopped when I started crying. And I don’t think I ever told anyone about that until right now.

That man who called me a slut did so because I wouldn’t let him put his fingers inside of me on the front lawn of one of the houses I lived in during college. He lived next door. Whenever we’d run into each other at a bar or on the street he’d call me a fat, dirty whore. He told me I was lucky he even wanted me and I should have taken the chance when I had it, that now he’d never fuck me because I was so fat and ugly. At that point in my life I’d had sex with one man. Once. Only one time ever. I know I never told anyone that because I was too ashamed.

I hit a man once because he kept trying to wrestle my breast from my bra and shirt. We were in the front seat of his car. Eventually I had sex with him. Not that night, but a different night, because I thought I was lucky he even wanted me. The sex was awful. So awful that I never wanted to do it with him again. He often showed up at my apartment, unannounced, hoping for more. He wasn’t the first man to do that.

For a long time I wouldn’t tell men I was dating where I lived, exactly. It made some of my longer relationships a little tricky. It’s why I’m in the hoping to stage of making that man mentioned above my lover.

It’s why a few weeks ago when my next door neighbor relentlessly ding-donged my doorbell at 1 p.m. on a Thursday I was furious not only at the intrusion in the middle of work day but on his insistence of being answered. I put my statistical anomaly body between him and my home even though his body language said he wanted to come in and see for himself that my water heater wasn’t leaking and causing some sort of mess in his utility closet. Yet I’m the one who said, “I’m sorry. I’m working. I’ll look at it later.”

There is no pithy ending to this one. I’m tired now and hungry because I skipped lunch. I still haven’t written anything yet and I have to catch up on my daydreams.

@RossRaihala I will never stop grieving the loss of critical thinking.

@susannadonato I’m sure those mints were the favorite of one of her 10 (!!!) kids, because she was that kind of person. She also made tapioca (barf) whenever we came over because it was my dad’s favorite.

@susannadonato HA! Mine always had hers filled with those weird-powdery pillow-shaped, pastel-colored mints. Gross, but I ate that shizz up as a child.

@susannadonato That is glorious. My Grandma Chromey had these kinds of dishes too (but I did not inherit them).