As you probably know most of the country is in the grips of the evil Polar Vortex, who is sitting on her ice throne in the Arctic circle feuding with her brother the Heat Miser and intermittently caressing her pet baby seal while cackling gleefully at all the humans throwing boiling water into the frigid air. I mean evil weather geniuses gotta have some fun too, ya know? 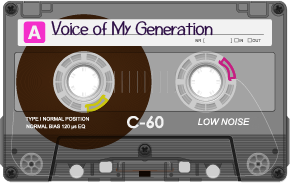 Because of the Polar Vortex sent to kill us all, Minnesota’s governor cancelled school yesterday and K-12 public school students (& teachers) all across the state were shouting “woohoo snow day or not really a snow day but we’re calling it that because extreme cold day sounds dumb!”

Then because the Polar Vortex wasn’t done toying with us, many superintendents from around the state called off school today. And again the K-12 public school people were with the woo and the hoo.

However, these free days were coming at the end of what I can only guess is the longest, most excruciating holiday break in the history of breaks. Parents all across this great state were begging for the public schools to take the children back. Please, take them back.

And as someone who grinned for 36 straight hours after my house was emptied and all my holiday social obligations were fulfilled, I feel for these parents. I have not come to chastise the parents who just need a fucking break already.

No. I have come to chastise the fucking parents who were whining about “back when I was a kid they never called off school” and also the non-parents who were complaining “it’s always cold in Minnesota in January why is this so different that they have to call off school.”

People, look at what you’ve become. You’ve become, literally, the back in my day we went to school when it was -20 degrees out people. You are the quintessential insufferable asshole cliche that we all make fun of about walking to school uphill both ways. YOU ARE THAT PERSON. How dare you become that person? What is wrong with you?

Last night I thought maybe part of the problem is that so many of us came of age in the grunge era where many of our uniforms consisted of a long-underwear type shirt worn under a t-shirt that was then covered up with a raggedy flannel (if you were truly grunge and not a Gap GrungeTM). This look was also complimented with a pair of Docs (or some other industrial-looking footwear) and depending on the weather jeans or shorts. We were layering before Polar Vortices were cool.

But that was the 90s and most of these MN parental Gen-X whiners were talking about school in the 80s. So I don’t know what the hell their problem was.

I’m all for getting on my generational high horse with the “In my day if we wanted to make a playlist we had to hold a tape recorder up to the radio speaker and hope we didn’t capture too much of the commercial and we were happy to do it damnit!” But really? REALLY Gen-Xers of Minnesota you are pulling the “Wah! Going to school in inclement weather was so much harder in the 1980s crap?”

Shame on you. SHAME SHAME SHAME. Your punishment is to go find the nearest Baby Boomer and sit there while they tell you all about Vietnam and how it made total sense to be peace, love, and harmony hippie and eventually vote for Ronald Reagan not once, but twice. You asked for it buckos. That’s what you get for being the back in my day weather/school asshole who begrudges the young’uns a damn snow (or extreme cold for you pedants, and I’m sure there are some pedants amongst you) day.