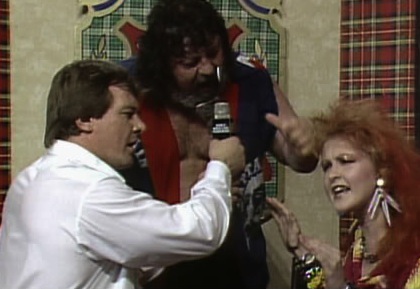 Today marks the 30th Anniversary of Cyndi Lauper’s “She’s So Unusual”. When I first saw this I was all Holy shit! I am old! But then I remembered being old or feeling old is a privilege and instead thought Holy shit! I can’t believe that record has been with me for 30 years!

It’s funny that I learned of the anniversary late this afternoon, because earlier I was chatting with Steve about how I hardly ever listen to entire albums. He blames the death of album listening on iTunes. I blame it on a childhood of listening to mix tapes filled with songs pilfered from the radio.

As I’ve probably mentioned about 924 times I’m not an album person. I’m a singles person. Always have been, always will be. I was the kind of kid who would buy three 45s from the same album before investing in the entire album.

However, that was not the case with Cyndi Lauper’s “She’s So Unusual.” That was a record I fell in love with front to back and over and over again. This might be because I got it for Christmas on cassette the same year I got a pink Sony Walkman, Lionel Richie’s “Can’t Slow Down,” and Huey Lewis and The News’ “Sports.”

Cyndi Lauper was a big deal. She was the only thing going on until Madonna hit it big shortly after. But until then it was all Cyndi all the time. She was such a big deal that I still remember the MTV World Premiere of the video for “She Bop.”

It was event TV for me, my Aunt Cathy, who is two-years older than I am, and her bitchy friend whose name I can’t remember but used to accuse me all the time of wearing too much makeup even though I never wore makeup.

We planned our entire night around watching the premiere, gathering up the Doritos, Pepsi, nacho cheese dip, and, for her and the bitchy friend, Marlboro Reds. We settled into Cathy’s basement bedroom in front of the TV. Since my grandpa had died a year before Cathy was pretty much spoiled and unsupervised.

There was a lot of drama surrounding the premiere, most of it was Rowdy Roddy Piper related. I’m not sure why, but there was a big rock & roll and professional wrestling crossover going on. It was a super big deal and even spilled over into Wrestlemania. If you feel like getting lost in memory, watch this video it features Mean Gene Okerlund, Cyndi Lauper, Sergeant Slaughter, and Hulk Hogan.