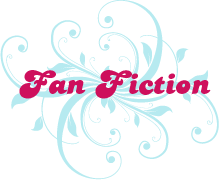 As I type these words I’m on the very edge of a chorizo-stuffed-poblano-induced coma. This was one of those pain in the ass meals (stuffing many individual things is no fun) to make that didn’t seem like the reward would be worth the effort. However, I was wrong and it was totally worth it. My burning lips and running nose and near-coma-like state is a testament to how delicious those little pain in the asses were.

I came here not to brag about my delicious dinner or to bury it, I came to tell you that next week at this time I will be in Chicago awaiting the start of RiotFest which culminates in The Replacements’ show. It will be my very first time seeing the ‘Mats. They have yet to invent a word to describe the mix of electric excitement and sparkly euphoria this stirs in me. There simply are no words. There is a short interpretive dance that involves jazz hands, but you’d have to be here to see it.

With so much anticipation my brain spends a lot of time writing Mats-related fan fiction. Here are a few of the storylines. I was going to rank these in order from least-probable to most-probably, but what the hell kind of fun is that?