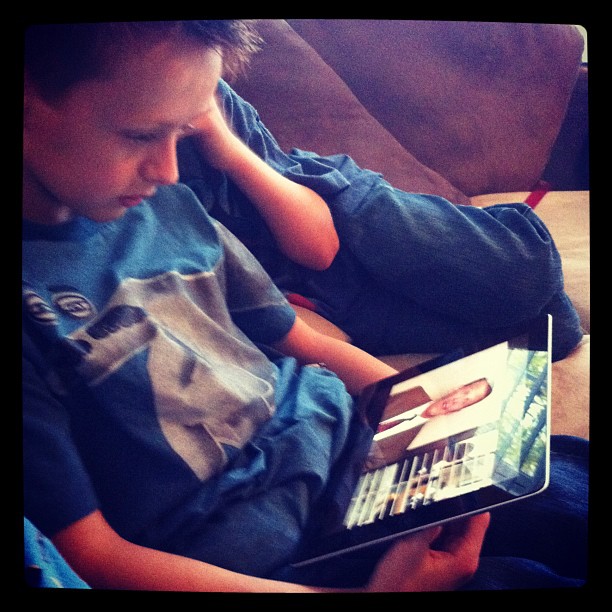 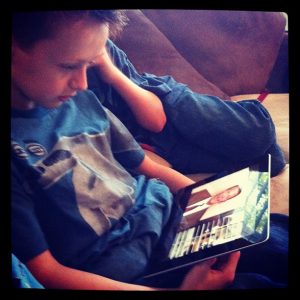 I was babysitting The Tibbles last week when the new Paul Westerberg song hit my Gmail.

My antics roused Cade from his deep examination of the Cocoa Krispies box. The kid is convinced that Snap, Crackle & Pop are modelled after he and his brothers. Because just like The Tibbles, the spokescharacters have one blonde, one brunette, and one redhead. Also, two brown-eyed guys and one greenish-blue-eyed guy. I think this is where the similarity ends. Cade believes someone saw The Tibbles at the grocery store and decided to turn them into cereal mascots. Trying to refute this theory with facts will earn you an evil stare and a plaintive wail of “you don’t even know the truth.”

So on Friday, when he noticed my dance he asked me what was going on.

“Is it Bob Dylan’s 15-minute song about the Titanic?” he asked, getting a little excited himself.
“No.”
“Is it out yet?” he asked.
“Yeah. It came out last week.”
“We should go to YouTube and listen to it.”
“I don’t know if it’ll be on YouTube yet.”
His mouth dropped open and he said all exasperated like I was the dumbest person to ever breathe. “You just said it came out last week!”
“It did!”
“So let’s go to YouTube and lisssSSSSTTTtttten to it.” He kind of wagged his head and extended the word listen. Ten-year-old kids know all the ways to be condescending and annoying at the same time.

“Cade,” I said. “Music doesn’t come out on YouTube.”
“It doesn’t?”
“No.”
“It should,” he stomped his foot. “Don’t they know everyone goes to YouTube for music?”
“And videos of fainting goats,” Nolan, his eight-year-old brother added.
“Well you can write the record companies about that,” I said. “Go put your bowl in the dishwasher and then brush your teeth.”
“You should have Bob Dylan email you the song like that other guy did,” he said.

Yeah, kid, I’ll get right on that.