Whenever The Tibbles are given the choice of what they want for lunch they choose The Hong Kong Buffet, your typical, strip-mall Chinese food buffet here in Shakopee. They love the place. From the crystal chandelier in the middle of the diningroom to the never-ending chocolate milk, to the wishing well next to the cash register, to the Celine Dion muzak (Liam: “When this song has words it makes me cry, because it’s so sad”).

They think it is the best thing to happen to food since Kraft Macaroni and Cheese. 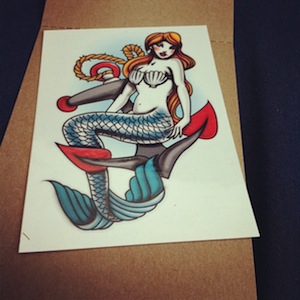 I’ve decided young kids find buffets empowering. They can eat whatever they want without committing to one meal. They can serve themselves and not wait. Plus, never-ending chocolate milk and chopsticks.

Buffets are not my restaurant of choice. Ever. I much rather have a little bit of well-made, more-expensive food than a great gob of bland, cheaper food. Trying to make this case to children between the ages of ten and seven is pointless. They will find your argument stupid and lacking in cream cheese wontons.

So earlier this week we ended up at the buffet.

Though they won’t admit it, I’m pretty sure The Tibbles favorite part of The Hong Kong Buffet is the quarter/fifty-cent gumball, toy machines at the front of the restaurant. The way they study and ponder those machines you’d think they were about to buy a car or choose which college to go to. Lucky for them I’m always loaded up with quarters. Why is this you ask? Because they buy all their iPad games, iPad game add-ons, etc. with quarters. That’s right, Aunt Jodi makes them buy their stupid pearls for Fish With Attitude (Liam & Nolan’s new favorite).

One of the machines has cheap, tin rings in various colors. This machine is Cade’s favorite, and you can tell because my house is littered with these shiny rings. Liam & Nolan aren’t quite so loyal. One time they will go with the gumballs, one time the rings, sometimes the teeny, tiny Ninjas.

This week, however, they decided on the tattoos. Now, as you might recall, we have a long history with the tattoo vending machine. History has not been kind to the tattoo-loving Tibbles.

Nolan went first, shoved his quarters into the machine and held his breath as he grabbed the cardboard envelope that popped out and opened it.

“It’s pretty cool,” he said, and showed me the Pink Orchid of Betrayal. The very same tattoo that left him a sobbing puddle a mere three years ago. I as relieved about the lack of tears.

Liam went next. He grabbed the envelope, popped it opened, gasped, and slammed it shut. “THAT’S SO INREPPROPRIATE!” He shouted.

Inreppropriate is Liam speak for inappropriate. We spend a lot of time talking about things that are appropriate (please and thank you, The Lorax, not being violent) and inappropriate (guns, farting on people, and their dad allowing them to watch R-rated movies).

“Why is it inappropriate?” I asked
“SHE’S NAKED!” Liam, when outraged is all capital letters and exclamations.
“She’s naked?” I held out my hand for the tattoo. “Let me see.”

As you can see, she is not naked.

“She’s not naked,” I said, handing the tattoo back to him. “She’s got shells covering her breasts.”
“IT’S INREPPROPRIATE!” he shouted.
“It is not. You don’t have to wear it if you don’t want,” I said. “You prude.”

Thankfully, Nolan heard the word inappropriate and decided he had to have the scandalous mermaid tattoo. Liam gave it to him, grudgingly, because he was pretty sure it was inreppropriate for Nolan too.