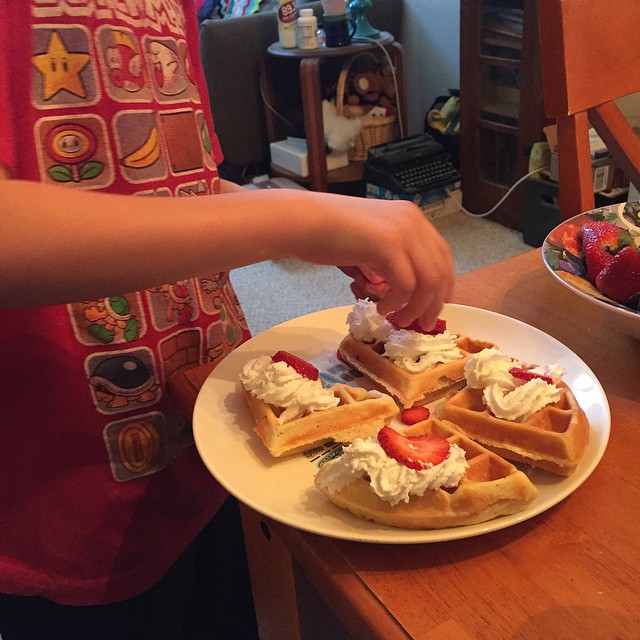 Liam & Nolan are spending the night at Supergenius HQ. Earlier we had a waffle party which involved ridiculous amounts of whipped cream (for them) and peanut butter (for me).

We settled into Adele who starts off with “Someone Like You.”

“Isn’t she so pretty?” I asked my nephews.
“Eh,” Nolan who is now 11 and has long, flowing blond hair and green eyes said. “I like dark haired, dark eyed girls.”
“I get that,” I said. “No offense, but I’m not a huge fan of blondes.”
“That’s okay,” he said.
“I don’t like blondes either,” Liam piped up from the blue couch. “And I say that with all offense meant to you, Nolan.”

@TGroman It’s almost as though life is an un-ending high school popularity contest.

@TGroman Do you remember like 10 years ago when Klout was a thing? People are fucking idiots. Never forget that.

“If you decide to end your delightful book with your heroine a spinster, no one will but it,” Fuckface editor guy in Little Women.