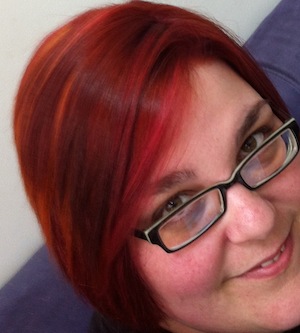 I’m crazy excited about the party and bought three different kinds of M&Ms today for the M&M buffet.

Also, since it’s too early to make the potato salad, I set to work making a playlist for the event. While blowing off work, I decided the playlist would only include songs that were popular during the years I’ve been alive. I immediately hit the Billboard Hot 100 for 1972 chart and was delighted to see “Brandy (You’re a Fine Girl)” on the list.

While trolling through the seventies I came across a ton of songs I knew. And, believe it or not, a ton of songs I own, three hours worth according to iTunes. I was a little surprised by the number, but then I remember that one month I was obsessed with owning every song mentioned and/or played in the movie “Almost Famous.”

I discovered a few things while making this list (which is already 10 hours long and I’m only to 1991).

1980 was the year I started loving music

Sure I know (and love) a lot of the pre-1980 songs, but I don’t have any real, concrete memories of listening to those songs in the time they were popular. 1980 though? I’m all up in that Blondie, Billy Joel, Kenny Rogers goodness. I can remember listening to those songs, usually on my parents’ 70s-era stereo that had an eight-track tape deck. I wonder if everyone’s musical memories start around eight or if mine just developed late because I wasn’t raised in a musical house.

While I was surprised how many of the 70s hits I owned, I was a little dismayed by how many of the 80s hits I didn’t own. For real. I have no INXS. No Bryan Adams. No Men at Work. No Pet Shop Boys. No Culture Club. It’s like I hardly know who I am. I do have a lot of Whitney and Hall & Oates. So there’s that. But as I pondered this strangeness I decided that much of my 80s cassette-based music collection never made it to CD and thusly never made it to Enid’s harddrive in some form or another. Also, I guess, I didn’t care enough during the Napster heyday to download every 80s song I ever memorized. Weird, huh?

Things were going swimmingly with the Billboard Hot 100 charts until 1989. This is when my music taste went left of the dial. No longer was my soundtrack comprised mostly of Top 40 hits, and as I fell into the 90s my tastes were so far gone that there were artists and songs I’d never even heard of. For instance:
Drs, Gangsta Lean
Real McCoy, Another Night
Duice, Dazzey Duks
Jeremy Jordan, The Right Kind Of Love

If you gave me sixty-six kabillion dollars I could not hum a single bar or name a lyric from any of those songs — and I consider the 90s my musical coming of age. Apparently I came of age far, far away from the Billboard charts. Also, there was not a lot of grunge to be seen on those charts. That surprised me too. Sure there was a Nirvana song, and one from Pearl Jam that must have been off Yield or Vitalogy because I didn’t recognize it.

I quit about 1992 because my attention span is shot and now I’m going to have to put some actual thought into the list.

Tangentially related: I love the song “Dreamtime” by Darryl Hall.