Because it’s spring break, I’ve been with the Tibbles quite a bit. Or at least it feels like quite a bit because I babysat on Friday, stayed up for 24 hours in a row on Saturday, celebrated Liam’s birthday on Sunday, zombied through Monday, worked on Tuesday, and now here I am babysitting again. It’s a lot of Tibbles in a short amount of time. This is not a complaint, just a matter of fact. They are, of course, in rare Tibble form. Here’s what I’ve collected from them in the past few days.

“I can’t even look at the spiders because they freak me out,” Liam 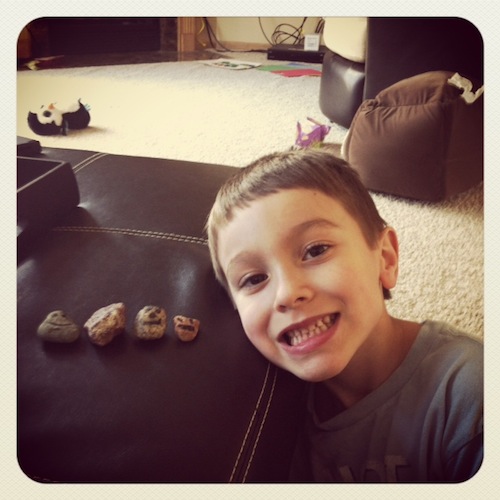 “Oh man, I almost forgot about my rock friends.”

Nolan is creating a website for he and Cade’s Duct Tape Bookmark business using Crayola Markers and construction paper. The URL from what I can tell is ducttapeisawsim.ducktape.com. It also includes his mom’s telephone number.

As I type Liam and I are having an argument about electricity and what wastes more the radio or the TV. He’s upset because I declared today a no TV day. “You’ve been listening to the radio all of the day and that’s so much electricity you are wasting.”

“You need to get to a higher level of origami,” Nolan said to Cade. “Right now you’re at a lower level, which is like easy origami.” 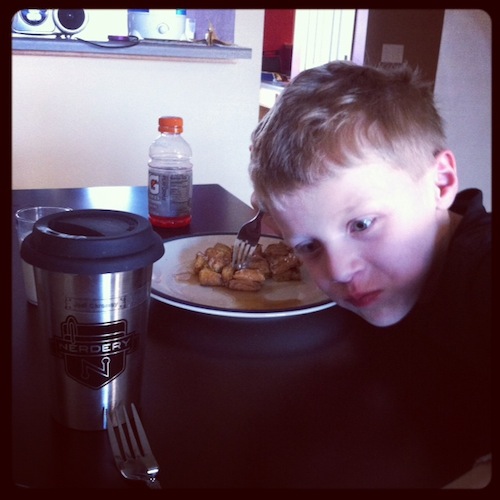 “LEGO people don’t really speak English so even though they live in Oklahoma, they call it LEGOhoma,” Cade.

“I like Oklahoma because it’s shaped like those fingers people wear at sports games,” Cade said
“Those #1 foam fingers?” I asked.
“Yeah.” 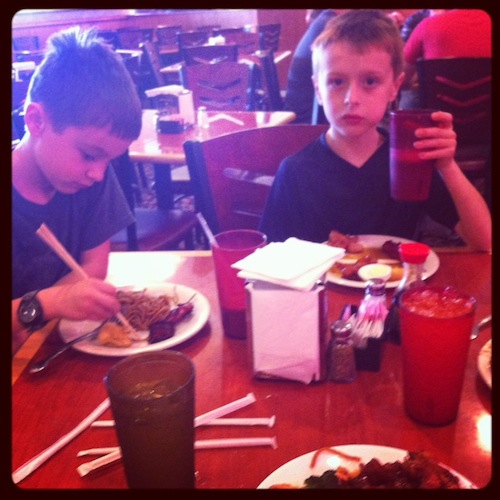 On Friday we went to he local Chinese Buffet. Now I’m not a buffet person. When given a choice, I always order off the menu. But, since the Tibb’s mom hates Chinese food, I agreed to their lunch suggestion. As we were leaving, on our way to Goodwill, they each stopped by the gumball machines and procured gumballs. After we marched into the parking lot to Ruby. As Nolan and Cade were climbing in, Liam dropped his gumball on the ground. He quick slunk down, snatched it from the ground, and popped it into his mouth.

Minutes later we were perusing the aisles of Goodwill. They each had $3 from the potty-talk jar to spend. Cade and Nolan were amazed at the ridiculous bounty they could amass for $3 at Goodwill. So was I. Liam, however, wasn’t so sure.

“A lot of this stuff looks used,” he said.
“That’s because it is,” I said.
“That’s it,” he said, a little exasperated. “I’m not getting anything.”
“Why not?”
“Because of all the germs,” he said.
“Didn’t you just pick a gumball off the ground and put it into your mouth?” I asked. “What about those germs.”
“I didn’t even count,” he said. “Those germs don’t count.”