It was about 10:05 p.m. when I clicked the Add New link on my WordPress dashboard to begin composing a new post about how I took the Tibbles to the park (where I got sunburn) and watched Liam lick spilled Freezie Pop off the top of a table. There was going to be more Tibble cuteness and such, especially about how they spent a good chunk of time chasing each other screaming “BRAIIINNNSSS,” because one of their Aunts (me) taught them about Zombies while having an in depth discussion about werewolves and Michael Jackson.

Before I even typed a word, I thought, “Hrmm, I should see if any of those pictures on Ziggy turned out.”

Once I found the cord, I decided that it would be so much awesomer if I had an iPhone app that let me upload right to Flickr. So then I had to go to the iTunes store, but before I could do that I realized I had to listen to “Ball and Chain” by Social D, because I had been singing that line “a broken nose and a broken heart and an empty bottle of gin” line all day.

Then of course I had to read more about the Alice Hoffman meltdown over on Salon, because someone tweeted about it.

Then the next thing I know, I’m reading MinnPost and have totally forgotten what the hell I was doing. 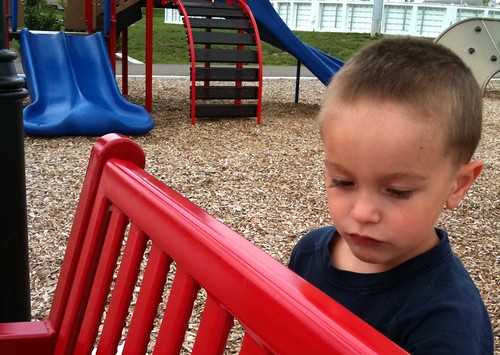