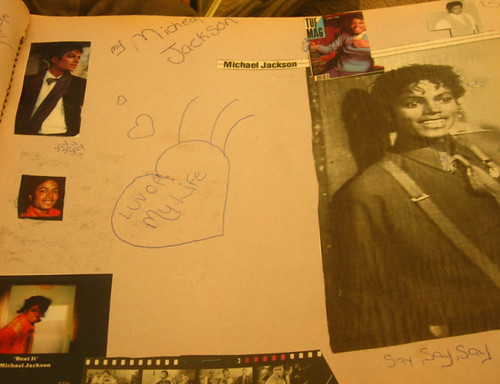 The death of an icon like Michael Jackson is one of those unifying events that reminds us how very much we have in common. I would defy you to find an American thirty-something who cannot remember the first time they saw Michael Jackson dance, scooting across the floor in a motion that we didn’t even have words for yet. It was only later that we learned it was called the Moonwalk.

Like most girls my age, Michael Jackson and his music was very much a part of my childhood. He was so important, I remember the slumber party we had when we finally rented the Thriller video (that included the making of). This was before cable had come to Blaine, Minnesota, there was no MTV.

There are no words that seem capable of expressing the emotion that comes when the “luv” of your life dies. Everything seems inadequate and cliche and an echo of everything else being said.