A little over a year ago, I noticed that I woke up singing a song nearly every morning. Because I am weird I decided to keep track of these songs. Each morning after stumbling from the bathroom I would sit down at my desk and write the name of the song I was singing on a Post-it Note.

The task seemed easy enough, but sometimes it proved difficult. There were times I was late for work because I had no idea the name of the song I was singing. There were times where I was just plain stumped and had to turn to my darling readers to figure out what the song was.

So after keeping track of these songs for a year, I’ve come to no conclusions at all. Well, except for maybe one: Night Ranger haunts me. That band came up no fewer than four times on this year’s list.

However, I am happy to report that Night Ranger (nor Wham!, nor Hall & Oates) made the list of top artists. Out of 200 artists, these were my subconscious’ favorites: 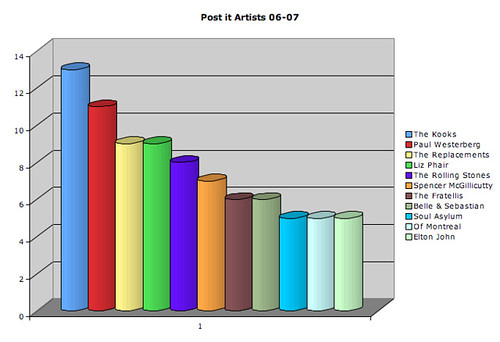 And out of the 277 songs I woke up singing, these ones were the most frequent: 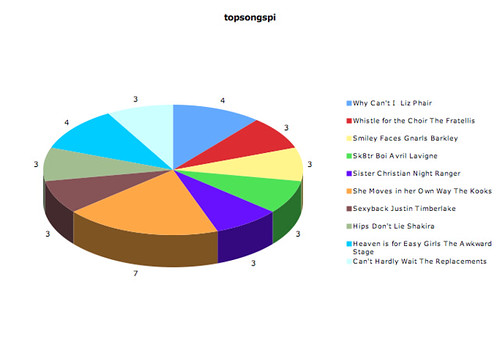 So what does it all mean? Absolutely nothing besides the fact that I’m weird and spend my time foolishly.