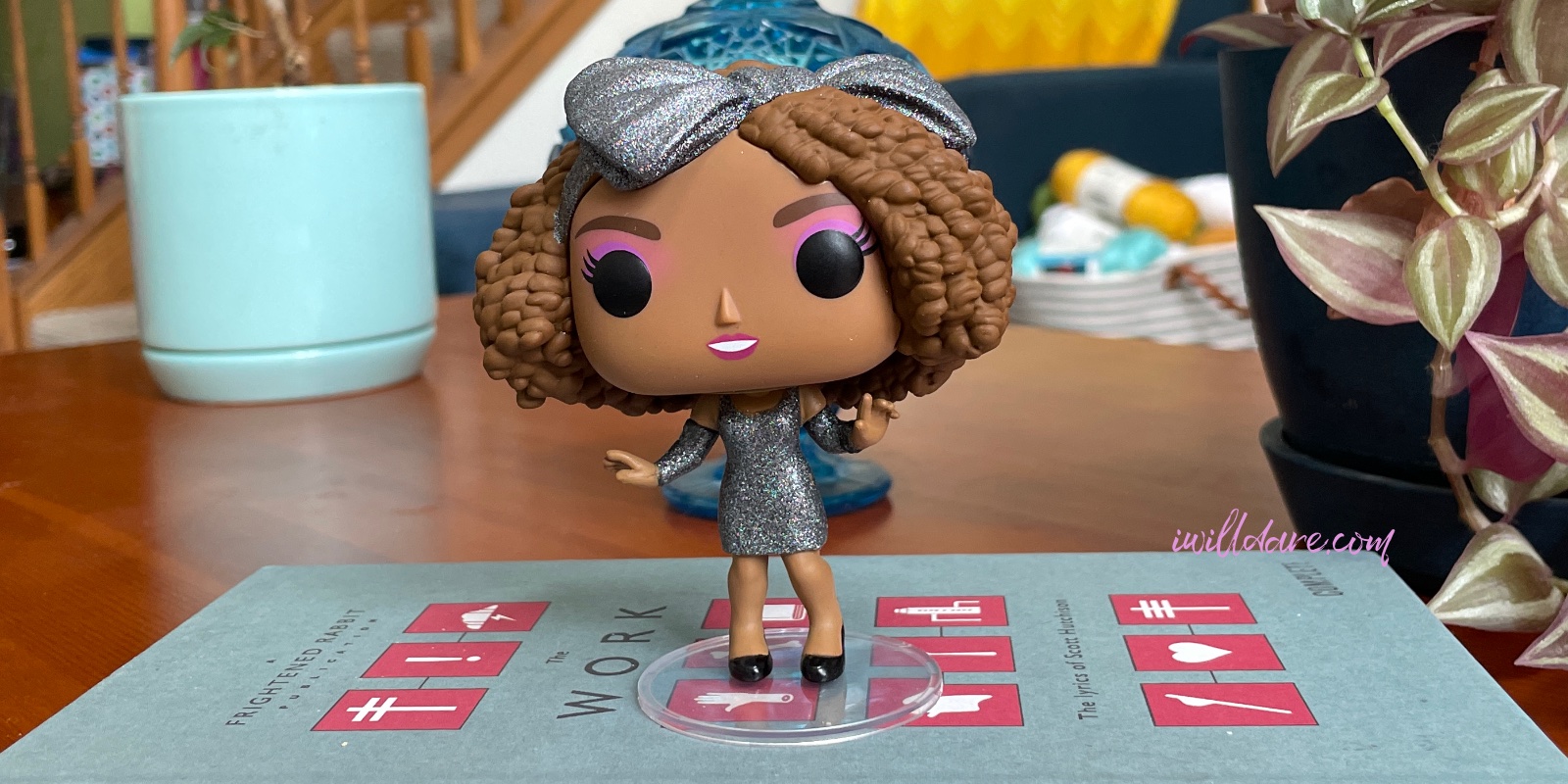 When it comes to coincidences I hate them in fiction. The only thing I hate more in fiction is a coy narrator. When I’m reading a book nothing makes me fart-noise while simultaneously giving the thumbs like a stupid coincidence. They’re often lazy, obvious, and always annoying.

As much as I hate them in fiction, I love them in actual life, especially as they pertain to my life. For instance, last week I learned that Lucinda William’s used to play with Flannery O’Connor’s peacocks because William’s poet professor dad was pals with O’Connor. This probably doesn’t seem like a coincidence, but it felt like one to me.

Is it coincidence when two things you love have a relationship outside of your own heart? Is there a word for that?

Yesterday’s coincidence was exquisite and more closely follows the definition of the word. I’m still kind of doe-eyed in love with the universe for giving it to me.

I spent most of the weekend reading Danyel Smith’s book Shine Bright: A Very Personal History of Black Women in Pop. It is, thus far, the best book I’ve read all year. Of the 65+ books I’ve read in 2022, this will be the first one to get my rare & coveted (heh) five-star rating.

Smith’s book gave me my favorite kind of reading experience. It’s a kind of reader’s high I’m always after but don’t get as often as I did when I was younger. This is the kind of book that is all consuming. A book that makes you put off every thing in your life that is not reading it. This is a book you bring with you into the kitchen with you while you stand in front of the microwave for dinner to reheat. A book you choose over bathing, sleeping, and watching TV. Definitely a book you choose over cleaning your house even though you have people coming over for dinner the next day.

Shine Bright is a brilliant blend of memoir, biography, and criticism. It’s so fucking smart. SO SMART. The way Smith weaves the stories of the songs and the Black women who created them into her own story is nothing short of genius. It’s informative and captivating and super moving. I read the “Outro” twice because it is that moving. In it, she writes about how hard it is to stop writing the book because she’s afraid if she doesn’t capture it all she and other Black women will be forgotten.

She is not wrong. Women and Black women in particular get erased from pop culture all the damn time and it is infuriating (see my rants about Chuck Klosterman’s latest pile of pop cultural nonsense that erases so many women).

This book is rewiring my brain in the same ways Hanif Abdurraqib’s A Little Devil in America did. It has given me so much cultural context I was missing and is making me be more thoughtful about rock & roll, specifically its problematic past (and, well, present and probably future too).

Which brings me to the delightful coincidence. Yesterday, in the mail, my latest Funko Pop arrived. I’ve tried really hard to curb my habit of spending money on plastic crap and have done a pretty good job. However, as soon as I saw the tiny, glittery Whitney from the “How Will I Know” video, my heart went zoom, and my credit card was entered before I took a breath.

I needed to own this object, obviously. Not simply because I love Whitney, but thus far my Funko band consists of four dudes, one of them imaginary (Prince, Raspberry Beret era; Johnny Cash; Willie Nelson; and Duke Silver, from Parks & Rec).

P.S. Did anyone else’s dad say “coinky-dink” instead of “coincidence?”