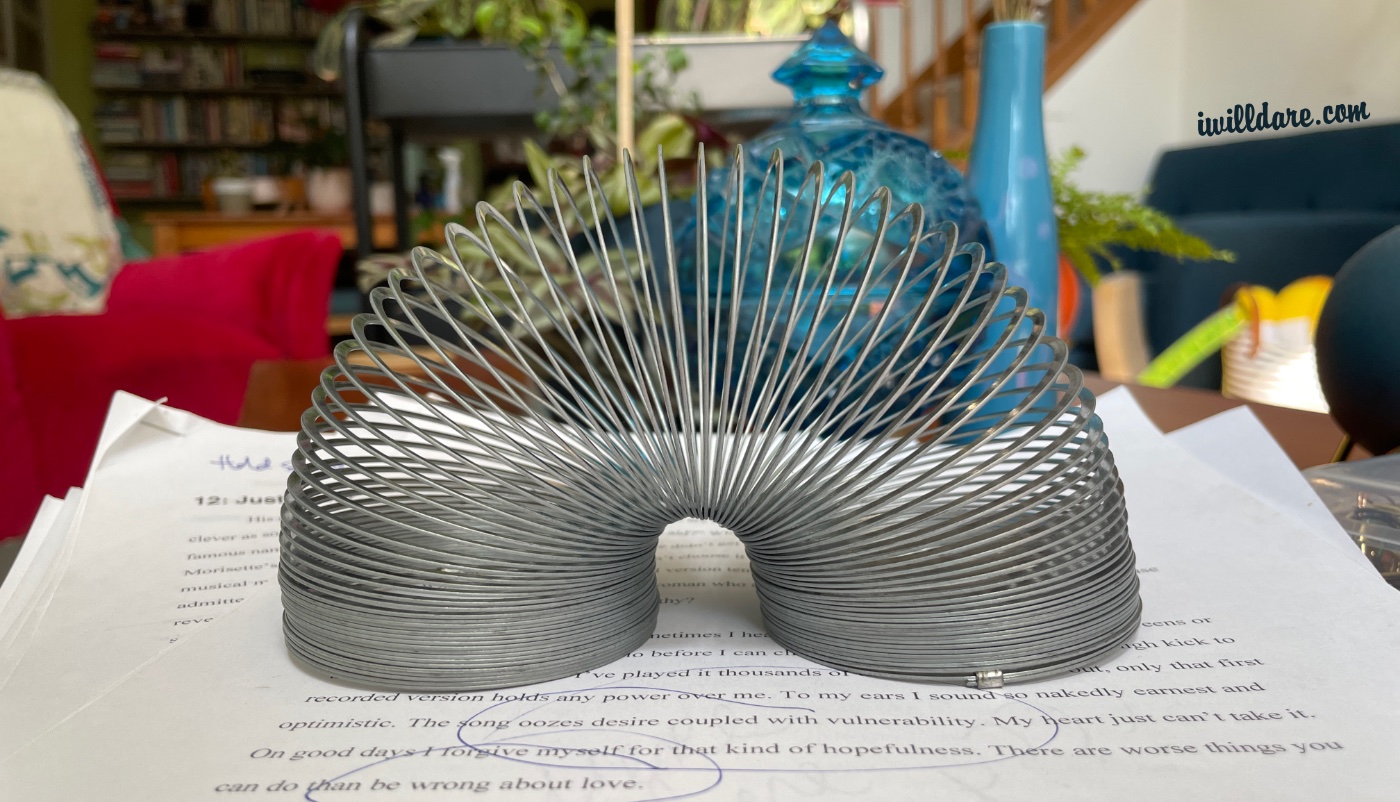 A long, long time ago at the dawn of the internet age I worked as a copywriter at a software company. It was my first grown-up job and I took it very seriously as a grown up would. Even with all the seriousness I still found time to update my personal blog seven times a day, illegally download songs from Audio Galaxy, chat with friends both in the office and online, carry on several email flirtations including one with the silent man in the creative department I called Art Guy, and take an hour-long lunch every day.

When I tell you nobody needs to work 40 hours a week in the office, I know of what I speak. Though, to be transparent, whenever we were launching new software I legit worked 60 hours a week writing all the things.

About the time of the second round of major layoffs I figured out corporate America is a heartless soul sucking wasteland, and I took the job a little less seriously. By the time we were acquired by Hell, Inc. and most of the company was let go including the entire creative department sans me, I realized it was mostly shenanigans, foolishness, nerf ball.

I was a bad worker because my boss was in Canada and mostly forgot I existed. Frequently, I had very little to do and because I’m not a dummy I did not call attention to that fact. After all, I was a single woman with a mortgage. I was gonna ride this gravy train until it crashed (which it did, in November of 2007 One summer I left the office every Friday at lunch and went to see a movie. I’d come back after, gather my things, and leave. Nobody ever knew.

This went off the rails. I came to write about my new Slinky and not my years as a cube-dwelling corporate drone, and yet somehow it snuck in there. Probably because whenever I think of Slinkies I think of Seamus and how we spent an entire afternoon conducting a “scientific” study of my Slinkies — Big Slink and Lil Slink. Shortly after the study I got a third Slinky that was raindbow-colored and plastic which we dubbed Brokeback Slink since I often displayed it and Lil Slink intertwined on my desk.

Recently, I explained to my friend EM what it meant when someone treated you like a Slinky. “It’s like the toy, you know. You ignore for months and months until you’re moved for unknown reasons to pick it up and play with it and it’s super fun for like three minutes. Then you put it down and don’t touch it again for a few months. That’s what [EM’S friend] does to you. She ignores you for months pays attention to you for a week and then disappears again.”

Incidentally, Slinkies are the kind of toys that always cause fights between siblings. Nobody will touch the Slinky for months (as mentioned above) and the minute someone does everyone wants the Slinky. You will often hear cries of “But it’s mine” as well as “You weren’t even playing with it.” Other toys in this category: Rubik’s cube and something I have just learned is called Pin Art

So anyway, I recently bought myself a new Slinky because I wanted one and it was $3. All my old ones were destroyed by The Tibbles back in 08. This new Slinky is the best and I play with it so much it makes my hands smell like Slinky and get a little tingly. It’s the perfect toy for idly slinking back and forth while thinking, which is why I kept them on my desk in the first place.

P.S. As I typed this I was distracted. There was a Caramel Apple sucker stuck to the roof of my mouth and I gave my tongue a real workout trying to dislodge it.